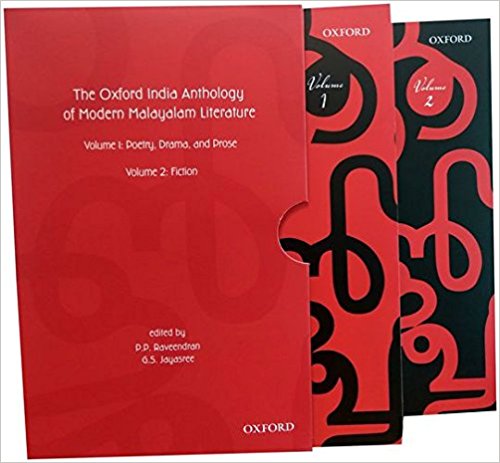 Editing an anthology has always been a risky proposition. One can hardly predict from which perspective the readers will look at, educationists receive and the critics evaluate it: of academic value, the representation of genres, movements and authors or the overall approach reflected in the introduction and the contents. The task becomes even riskier when it is as ambitious as the anthology under review that aspires to represent a whole century—in this case the twentieth—of the rich, vibrant and varied literature of a language like Malayalam, which can be compared in its range and scope to any literature in the world today. Considering the enormity of the mission and the limitation of space, one can confidently say that the editors have been able to meet the challenge to prepare what could well be an excellent introduction to Malayalam literature of the 20th century to the uninitiated common reader as well as the curious student and the interested academic. In the process they have mostly reasserted the existing canon while also upsetting, or revising it, by including materials hitherto kept out of the canon.

The history of Malayalam literature can be seen as a series of subversions beginning with the composition, in the 16th century, of Adhyatma Ramayana by Thunchath Ramanujan Ezhuthachhan who, being a Shudra , was by convention, denied the rights to read the Vedas or write an epic. He was a devotional poet of great stature and is revered even today as the founder of modern Malayalam literary language. He bypassed the convention by resorting to a technique he might have borrowed from Tamil: of making a parrot narrate the tale of Rama and Sita. Though indebted in many ways to both Valmiki’s Ramayana and the Sanskrit Adhyatma Ramayana, his epic is a unique work of native imagination, bringing his independent mind to bear upon the narration of the known tale and the depiction of familiar characters, appending an Uttara Ramayana to the main text to deal with Sita’s disappearance into the Earth’s womb on being asked to undergo the fire test. He also turns meta-textual when Sita asks Rama—as he refuses to take her into the woods with him during his exile—that in every other Ramayana Sita accompanies Rama to the forest and why not in this one.