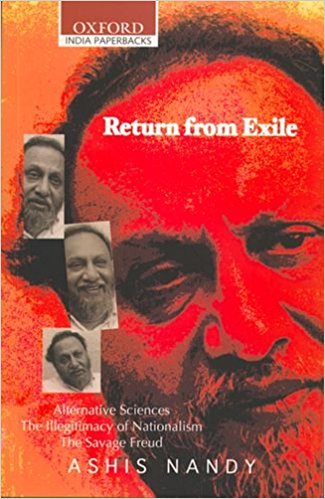 The problem of scientists functioning in a non-rational culture, with conse­quences to their own personalities and to their work, is not a new one. Newton studied trigonometry and geometry to help him solve riddles of alchemy and astrology and Halley, the first secretary of the Royal Society, admiring a calico shirt imported from India, thought that it explained the reference in the New Testament to the Saviour’s seamless coat. The problem has since been eased in the West by the decline of credulous belief and superstition but it has not ceased to exist; and no doubt the scientists who’ are, for example, practising Roman Catholics either become schizophrenics or evade the contradictions by living in compartments. Everywhere the autonomy of science is a myth. But the dilemma is most acute in countries like India and Dr Nandy has examined it through two case-studies. He has gathered much new information and provides quite a few perceptive remarks, and it is worth per­severing through this short but not easily read book, weighed down by a jargon which conceals rather than reveals insight and weakened by an irritating streak of facetiousness.

The choice of the scientists for study, Jagadis Bose and Ramanujan, is apt, if only because they were so wholly differ­ent. Bose lived long, was trained in West­ern techniques and reacted to his settings both in India and Europe. Ramanujan died young, was handicapped by the necessity of self-education and was happy in the unbroken cocoon of his Indian values. Nandy draws some parallels from their personal  lives—the dominant mother image, the crucial role of the wife—but it is really the differences which seem to matter.

Bose was a typical Bengali gentleman ·of the nineteenth and early twentieth centuries, influenced by Brahmoism and nationalism and the Ramakrishna Mis­sion. His study of response phenomena in plants and his efforts to demonstrate that plant life was a shadow of human life and that plants eat, grow and face poverty, sorrow and suffering were signi­ficant at many levels. The acceptance of his results in Europe fostered the self­esteem of Indians living in a colonial society. The seeming demonstration· of the all-pervading unity that binds to­gether all forms of life gave sustenance to the Hindu philosophy of vitalistic monism. His experiments gave a special Indian perspective to world science and, by suggesting that modern science was consonant with Indian thought, provided not a divergent but an alternative· world science. So Bose erected compatible per­sonal, scientific, and national identities not only within himself but also for the Indian intellectual generally. All this Nandy shows. Where he falters is in try­ing to establish that Bose recognized even in his lifetime that his work was becoming outdated and that he compen­sated for this by an increasingly short temper, authoritarian ways and a larger­-than-life pose. There is an element of truth in this thesis that Bose in his later years could not suppress feelings of inadequacy. But Nandy presses the idea too hard, for even today the basic truths of Bose’s research have not been invali­dated and rejected as counterfeit by the West.

In dealing with his other example, Nandy shows a surer touch. The story of Ramanujan is one of the romances of modern science. Born in poverty, unable to cope with the rigours of a conven­tional education; employed as a clerk on a pittance and yet, in Nehru’s words, ‘bubbling over with some irrepressible quality of instinctive genius’, and dying at the age of thirty-two, Ramanujan has caught the imagination of the world far beyond the reach of his own discipline. He has been cialis online offer variously described as the greatest mathematician of this century and the greatest pure mathematician since Newton. Everyone knows how he taught himself and how he secured the attention of group of mathematicians at Cambridge who gave him his opportu­nities for recognition. Nandy has done a worthwhile job by finding out much more about this Tamil Brahmin with the dark, burning eyes, and helping to ex­plain a little the secret as well as the circumscription of his genius.

Ramanujan was not free from mental and emotional worries, had a few attacks of semi-amnesia and once even tried to kill himself by jumping on the tracks of the London underground. But these problems did not afflict his work, for he moved in a realm where the mathemati­cal and the philosophical worlds were one, and his thought and his belief flowed into each other. Like Newton he saw no conflict between astrology and pure mathematics. Depending little on known knowledge, uninterested in logic, confident of his intuitive powers, he played with figures with the certainty that he was unravelling the mysteries of the Vedantic universe. The zero was for him a reflection of the Hindu concept of neti, ‘not that’, and an equation, as he put it, had no meaning for him unless it expressed a thought of God. So his study of mathematics was integrated with the philosophy of life which he had inherited; and he had no need to seek, like Bose, to Indianize science. He was interested in politics but did not allow it to influence his work. He almost took for granted and as his due the support of Englishmen like Hardy, for he had deve­loped no complexes born of the colonial situation. Nandy is perceptive on the side-issue of why Hardy became so invol­ved with Ramanujan; but of interest to us is the supreme, inborn confidence of the latter. For example, as a commit­ment to non-violence was an aspect of his inherent outlook, he declined, even at the request of his English sponsors, to undertake any work related to the first World War.

The studies of these two unique yet representative men; standing poles apart from each other, open fresh vistas on the history of science in India during the last hundred years. All but the most routine characters have untidy minds, and scien­tists are no exception. Looking forward and adapting ourselves to the future, most of us yet are incapable of turning our backs on accepted traditions, with the result that we are caught in the unsettling cross-currents between the medieval and the modern outlook. So robust minds accept fuzzy faiths; and if a transcendent harmony be not achieved the personality is rent apart. Nandy’s biographical approach has opened up a fascinating subject in which we can now move on to impersonal analysis.

Sarvepalli Gopal is Professor of Modern Indian History, Jawaharlal Nehru University, New Delhi KMT. Thus whereas in 1945-46 the CCP after occupying the city of Kalgan from the Japanese immediately doubled the basic wage for all workers, once the ill effects of this action on prices and pro­duction became clear they abandoned it. The Resolutions passed by the All China General Labour Union in 1948 condemned the principles of egalitaria­nism in the payment of wages and pled­ged itself to maintain the distinction between mental and manual labour.