Of Ascetics and Traditions 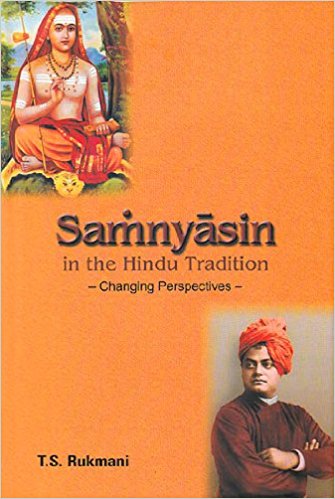 This is a work that is as interesting as it is informative. It is interesting on account of the several nuances that it is able to reveal pertaining to the Hindu ascetic tradition. Some of the information available here, as the author rightly claims, may be little known to the world outside maths and akhadas; on the other hand, there are also disclosures that might take the unsuspecting reader by surprise. Apparently, the world of Hindu sanyasins (I prefer to stay with this simpler version than the more ornate samnyasins) remains differentiated not only among lines of older ritual or doctrinal differences but also in their handling of modern challenges. As can only be expected, Vaishnav-Vedantins, associated with the spiritual lineages of Ramanuja and Madhva, are visibly separated from the advaitic order of Sankara. What also emerge, however, are deep-seated internal differences even within a sub-tradition (sampradaya) and a significant reversal of traditional roles and functions.

Of late, Udupi maths have been rocked by controversies surrounding key issues like whether or not the head of a math (mathadhish) may travel to foreign lands or whether women are at all to be admitted to sanyas. Swami Visveswara Tirtha, a Madhvite sanyasi who censured a fellow sanaysi (Swami Sugunendra Tirtha) for travelling abroad is himself known to have flouted another longstanding convention accepted by Udupi maths of not initiating women. Interesting too is the way many sampradayas do not quite live up to the roles traditionally ascribed to them. Some of the sanyasis belonging to the Vaishnav orders interviewed by Rukmani have alleged that contrary to their traditional functions, advaita maths in the neighbourhood had more successfully taken to everyday worship of deities and the revival of Vedic ritual acts such as the yajna. Given Acharya Sankara’s penchant for a fully impersonal and transcendental Brahman and his categorical rejection of Vedic ritualism, this is indeed a sharp break with past conventions. It might also interest readers to note that sanyasis belonging to advaitic orders, though generally known for their social conservatism, now appear to have turned decidedly liberal in admitting sanyasinis (female ascetics) in respect of both maths and akhadas. Sankara himself, as is well known, would not allow the study of shruti (canon) to sudras and women only upon which one gained the requisite qualification (adhikara) to sanyas.