An Alternative to Chaos 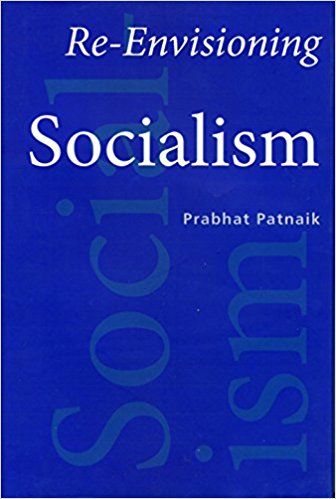 People are raising their voice against in-justice and inequity in every corner of the world. They occupy Wall Street in the US, they collect in Tahrir Square in Egypt and they also protest in several small villages in the Ratnagiri district of Maharashtra against the Jaitapur Nuclear Power Project. Ecological degradation, imperialist aggression, forcible eviction of peasantry, oppression of the tribal population and gender discrimination bring forth passionate protests. It is clear that these problems are rooted in the capitalist world order. But those protesting against these problems do not look beyond the capitalist system. A concrete socialist project as an alternative to the present chaotic, unjust and barbaric world order is missing. Re-envisioning Socialism is therefore, the need of the day. Prabhat Patnaik and Tulika books should be complimented for bringing out a collection of his articles written around this theme.The basic frame in which these articles are written has been delineated by Patnaik himself.

Capitalism is a self-driven order, which functions independently of the will and consciousness of the participants in the system. The state in a capitalist system is geared to support and accelerate its immanent tendencies. It safeguards ‘capitalist property relations’, maintains the ‘rules of the game’ and also provides the necessary pre-capitalist surroundings through the acquisition of colonies and semi colonies. If political compulsions induce the state to make an intervention which is contrary to its immanent tendencies, the system becomes dysfunctional. This necessitates either further intervention, leading recursively to a transcendence of the system itself or a progressive slide back to the pre-intervention state.