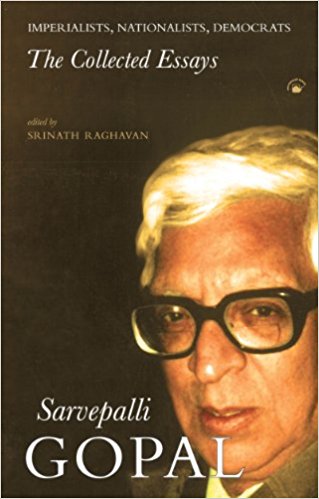 The collected essays of historian Sarvepalli Gopal (1923-2002) has finally arrived, meticulously edited with a fine introduction by Srinath Raghavan. Raghavan and the general editors of the series, Ramachandra Guha and Sunil Khilnani make a strong case for a Gopal revival. They argue that he was a brilliant biographer, a pioneering historian of contemporary India, a fine stylist and master of English prose and most importantly, a liberal. The last they seem to suggest is in rather short supply in the ideologically polarized world of Indian academics today. Gopal’s writing career was remarkably long and by Indian academic standards a prolific one. He published seven full length books, the first published as early as 1949 and numerous other essays, reviews etc. He had a parallel career as a bureaucrat in the Ministry of External Affairs and played an instrumental role in setting up and guiding institutions—UGC, ICHR, NMML, JNU etc. As an editor he published many volumes of the Selected Works of Jawaharlal Nehru and also guided the Towards Freedom Project. He taught in England for many years and his books were published by well known foreign publishers—Jonathan Cape, Oxford, Allen and Unwin, Harvard etc.