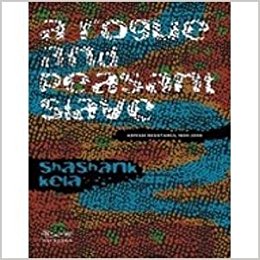 The book is a study of the ways and processes in which adivasi livelihood has been affected through the colonial and postcolonial period and adivasi responses to it. It is divided into two parts. The first part entitled ‘The Tree of man’ is a study and history of Bhil society in Western Madhya Pradesh from 1818 to 1947. ‘Struggling for Hope’ is the title of the second part and is about adivasi politics from 1900 to 2000.

The first part of the study engages with issues such as Bhil society before the advent of colonialism, nature of the tribal state, political effects of colonialism and forms of Bhil resistance and rebellion. The second examines the aspects of tribal society and economy in the context of India in general and peninsular India in particular. Issues dealt with here are India’s development agenda and its impact, nature of politics and resistance. Though the two sections seem disjointed, there is an organic connection between the two. The predicament of adivasi society dealt with in the second part emanates precisely from the engagement with Bhil society and history taken up in the first part.