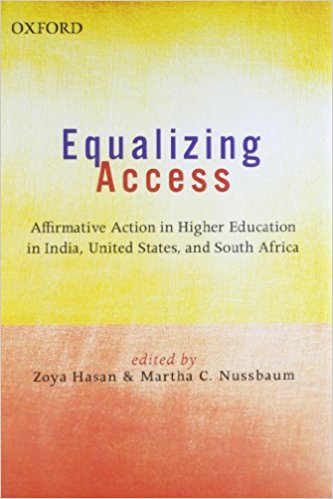 This volume is the product of a conference with the same title jointly organized by the University of Chicago and Jawaharlal Nehru University, held in New Delhi in 2008. Given that affirmative action (AA) in the two countries being considered by this volume, indeed the world over, is extremely contentious, any scholarly input which sheds some light to illuminate the tortuous routes to social justice is indeed welcome. This volume contains essays by scholars such as Thomas E. Weisskopf and Satish Deshpande, who have a longstanding, constructive engagement with the plethora of issues related to understanding the contemporary nature of caste disparities and discrimination, and possible remedies to these problems. Most essays talk about either one or both countries; there is one essay which comments on the South African experience. The various essays raise important issues, well known in the international AA literature. The first set of issues relates to the conceptualization of justice. Henry Richardson, in the opening essay, outlines three ideas.