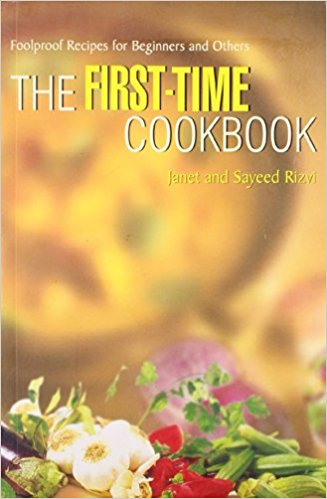 Sayeed and Janet seem to be an unlikely couple to write a cook book. Sayeed is a thinking administrator and Janet is a genuine intellectual who has written seminal books on Ladakh. At the same time Sayeed is a gourmet and Janet is the type of cook whom gourmets dream of and the lucky ones marry. On second thought, therefore, this book is no surprise.What is the essence of a cook book ? I have before me a book entitled Housekeeping in Old Virginia edited by Marion Cabell Tyree and published in 1879. It contains a recipe for Black Cake which contains the yolk of twenty-four eggs, a pound of butter, a pound of sugar, four pounds of raisins and about two pounds of other dry fruits and nuts, together with a glass full of blackberry wine or brandy. The cake requires six hours to bake in a moderately hot oven. Similarly a recipe for Beef-a-la Mode calls for the use of ten pounds of beef, to be marinaded for three or four days and then simmered and baked for over two hours. Obviously this cook book is not meant for a bachelor or a young working couple who has neither the time nor the appetite to cook and consume such large meals. It is here that the Rizvis score.