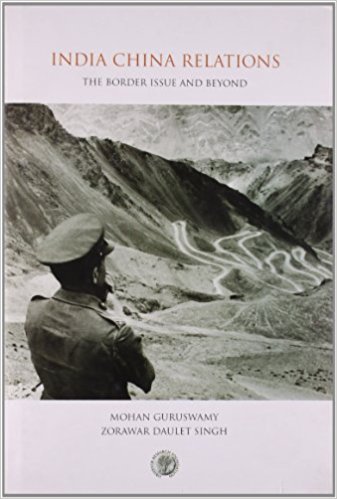 Ever since the Treaty of Westphalia ended the thirty years war in Europe in 1648, modern nation-state boundaries and jurisdiction have been a major area of contention across the globe. A number of issues are also then entangled in this milieu including historical claims, administrative and legal matters, customary and traditional practices or even emotional attachments to the territories. Several principles were suggested and proposals made to resolve the boundary disputes and, as in some cases, these disputes were resolved amicably through the services of the International Court of Justice or by talks among concerned parties. Some dragged on for several years and even for decades. Other boundary disputes were resolved through the instrument of military force. Yet others, such as those in Europe, went beyond Westphalia divisions and are now subject to integration processes across the board.

As the largest modern nation-states in Asia, India and China are also seized with this issue of fixing borders for several decades now and have experimented with or have been in the process of implementing several measures outlined above. Yet, the border dispute remains unresolved between the two countries. While a large body of literature emerged in the last few decades on this issue, a major portion of the oeuvre remains partial to one or the other party to the dispute. Part of the difficulty in this process is that both India and China have hardly released ‘primary’ archival sources of any significance, despite claims to the contrary. For instance, despite a few memoirs by participants on the decision-making processes, Indian archival materials on the border dispute from the 1914 Simla Conference period onwards unfortunately are inaccessible to a researcher. In the case of China, while it stated that it opened its archives recently, no meaningful analysis could be made with the existing materials of the Chinese debates on the border dispute with India. In addition, most of the archival materials in Tibet—even those on Buddhist philosophy—are simply out of bounds for a researcher. Compounding our difficulties further is the ‘extended claims’ of either party to the dispute in the recent period.

The latest to join this fray is the brief work of Mohan Guruswamy and Zorawar Daulet Singh, relatively new entrants to this field of enquiry. The authors, however, as explained in the introduction, have no intention to ‘add anything new by way of a thesis’. Divided into mainly six chapters the narrative of bilateral relations has been woven into the main theme of border dispute and the ways and means for resolving this dispute. It is historical in the sense of highlighting some of the main issues traced to 19th century British Indian, Qing China and Tsarist Russian positions. It is contemporary in the sense of enlisting, in a ‘coherent and chronological narrative’, of independent Indian and socialist China’s prevarications about the border dispute. The book is also futuristic in the sense of attempting to provide ‘a view towards a mutually satisfactory solution’ to this dispute. The authors have attempted to do this in about 140 pages by highlighting the main debates in these countries. To an extent the authors have been successful in this mission.