Resurrecting The City Of poets 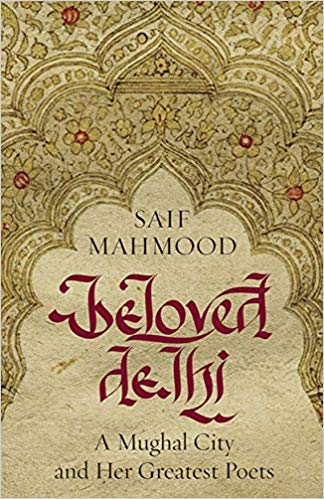 I first encountered the writings of Saif Mahmood on the pages of First City magazine. Apart from the pecuniary challenges it presented a University student, everything about the magazine was very novel. The design, photographs and the presentation was very attractive; the stories were inventive, columnists diverse, and subjects extended from newly arrived migrant at the Nizamuddin station to the poets of the hoary past. It was on these pages that I first read of Zatalli and Bedil. Saif later joined its list of columnists, writing in limpid prose about the poets of Delhi. Unencumbered by his profession, which has the reputation of verbosity and jargoning, he continues to write with the felicity of a master. In fact, reading Beloved Delhi reminded me of what Nakul Krishna recently wrote of R K Narayan:
Some writers turn ordinary readers into critics looking for hidden meanings in books and asking how they work. Other writers do the opposite, turning even the wariest of critics into ordinary readers, causing them to forget that it takes art to look artless and that easy reading need not come of easy writing.

Saif is the second kind of writer, quite in the mould of Narayan, but with a different subject matter.
Beloved Delhi, Saif’s first book, tells the story of his beloved Delhi and his beloved poet, of the period of Mughal decline. The format it chooses is perhaps unprecedented: for rarely has a city’s story been told through the lives of its poets, but what could be more apposite than to tell the story of the city that spawned the language of these poets; kosher still is telling history through poetry for no other city’s culture had so much poetry imbued in it. To disagree with Meena Alexander, one can die of several things, but history does not kill you; it gives meaning to the present. We have poetry, because we have history; and we have Urdu because we have Delhi, and Delhi has a history. The past ignites conscience and therefore poetry. Of this, there is no better example than Urdu—the language that emanated out of cross-cultural, inter-lingual influences. The book has an erudite overview of the cultural environment and history that led to its development by Sohail Hashmi.

Urdu grew by virtue of the linguistic experiences derived from the greater Persian area, the Indo-Gangetic plain, and the many interconnections with other local languages. In this period Urdu imbibed and also cultivated an idiom uniquely its own, giving it the richness and colourfulness that older languages of the world could scarcely rival. When Mirza Rafi Sauda (1713-1785) begins to write in Urdu (or Rekhta, as it is called then) at the suggestion of Khan-e-Arzu (1687-1756), the language is not very old. The Delhi visit of Wali Dakhni (1667-1707) in 1700, when most poets are writing in Persian, gives a fillip to the language. Yet Persian is not displaced immediately to a second rung language. Instead, the gradual move from Persian to Urdu spawns numerous modes and themes of poetry and also the ustad-shagird tradition. A number of ideas and concepts came into play on the nature and art of poetry: some re-viewed existing ideas, some dealt with the fundamentals of poetry, while some spoke of proper and improper usage of words, which attempted to limit the growing expanse of the language. The main mode of poets also keep evolving in the period of Saif’s book: from iham (word play generated by the intent to deceive) to maniafrini (to make poems yield more meaning than they appear to possess) to searching for new themes or new ways of expressing the older themes called mazmunafrini to khayalbandi, which created and captured imaginary, abstract, and elusive themes in poetry. The concept of shorangezi (arousing tumult) became very prominent, by which the poet aimed to impart a quality of intensity in the poem. This style of writing poetry, which was very pronounced in Mir (1723-1810)drew a satirical poem from the well-known satirist Sauda:
Kalaam-e-benamak ki shor angezi hai aisi kuch
zameen bol gaah khalq se jun khar ho paida
(The passion-arousing quality of insipid poetry is something like the alkaline salts that grow on a piece of land where people go and piss)
As can be guessed from the above, the poets did not shy from engaging, criticizing and debating the works of fellow and older poets, and writing satire not only on colleagues but also on themes of poetry, politics, pelf and power. Saif presents some brilliant stories and examples of these in the book.