Higher Education At The Crossroads 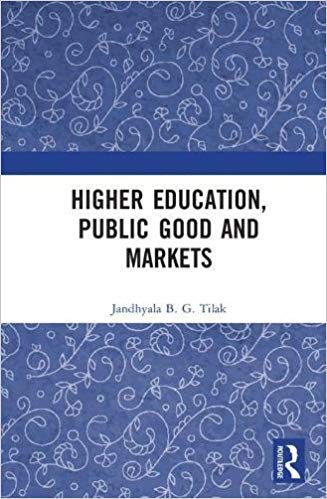 A few years after I had joined the government service about four decades ago, I was transferred from a district in undivided Andhra Pradesh and posted as Director, Technical Education at Hyderabad. I was excited to get this opportunity, rather early in my career, to face new kinds of challenge. It was ‘new’ in every sense that I could not anticipate. That was the time when the interest to set up private engineering colleges was flourishing in A.P. Applications started flowing in and I found myself coping with the tide. Inexperienced in this field, yet infused with the ideology that education should be a monopoly of the state, I decided to oppose the move. However, government, at the secretariat level, overruled my recommendations and the new colleges started springing up.

During the process I used to informally consult my mentors in the Service and was advised to consider certain points. Could this interest in private technical education be a reaction by the better-off sections of the society to government’s affirmative social actions? Shouldn’t technical education, being so cost-intensive, be left to private entrepreneurs and business groups many of whom may be the ultimate users of such technical personnel? Why should scarce public resources be allocated to capital-intensive higher technical education depriving the primary and secondary sectors? Since by that time Karnataka was way ahead in this respect, some politicians also exclaimed: Why should Andhra’s money be going to the adjoining state? And the like. My argument that those who were ‘buying’the seats now would also be ‘buying’ the jobs later was dismissed as a young officer’s idealism. About four decades later, I wonder if I was right in my youthful exuberance.

What agitated me then started becoming a part of our reality. This movement to facilitate private initiative and induction of funds in education, more so in higher education and perhaps most so in higher technical education (including in medical education) has reached a state now that it is not merely considered inevitable, it is considered desirable as well. Unfortunately, there has been a lack of informed debate in the public domain on this important subject. The book under review serves to raise critical questions on issues that political leaders, administrators, educationists and other policy planners often fail to notice.