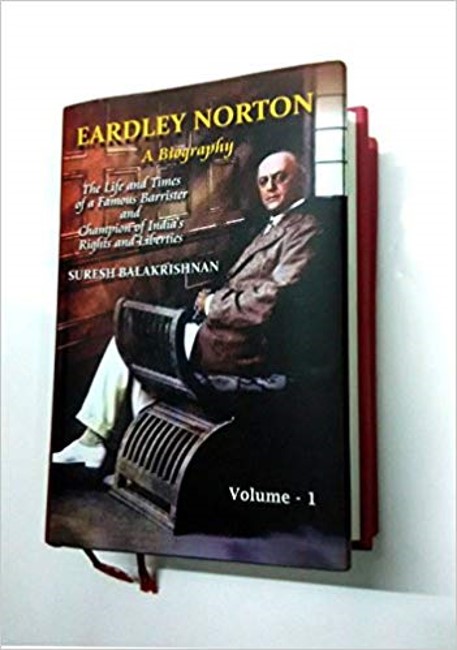 On receiving the two volumes of Eardley Norton: A Biography I, not unnaturally perhaps, wondered what had led Suresh Balakrishnan to embark on this thousand page plus project. Norton today would be barely known outside a small set with knowledge about the history of the legal profession in Chennai. Evidently this erasure of memory is what spurred the author, himself an advocate in Chennai, to dig deep and spread a wide net to resurrect the life and times of Norton. The result is a biography, which succeeds in this aim very ably and has returned to public knowledge a remarkable lawyer of colonial India.
Eardley Norton (1852-1931) was in his time a celebrated lawyer of Madras, and also later in Calcutta. He was also, alongside a number of other enlightened Englishmen, active in the early years of the Indian National Congress and may well have been one of its Presidents but for a scandal associated with a marriage on the rocks and an extra-marital affair. Finally, Norton was also an inspired journalist. Balakrishnan has recounted all these different facets with narrative zest, admirable patience and energy. He has also gone to considerable effort to dig out details of the Norton family history in India going back to Eardley’s grandfather who was a judge in the then Supreme Court of Madras in the 1840s. Similarly along with details of growing up in Madras we are also given a comprehensive account of a still young Eardley being sent to boarding school in England—common practice for English families living in India then.