Stories with a Difference 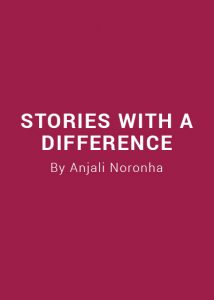 The books under review have different stories with a difference, stories of children of the urban poor in their own words. This is a graded series for beginner readers of English.
Muskaan, an organization working with urban deprived children from Denotified Tribes, Tribals, Dalits and Muslims, has published a series of eleven graded readers in English in August 2019. The books span levels 1 to 5. All the books are authentic texts; levels have been assigned after the writing of the books according to the complexity of both plot and language.

What makes these stories unique is that they all revolve around the experiences of children from deprived communities who almost never find a place in published literature and most of them are written from the perspective of the children themselves—their lives as they are—neither denigrating or looking down on them nor making them into heroes. The language of all these books is one that gives the children an introduction to the structures of the English language as second language learners and helps them practice these structures.

The books in the series have been written by young people from Denotified and Tribal communities, with the collaboration of students and people who come from privileged backgrounds and work with these children in different ways. Different people—interning and experienced artists—and students themselves have also done the artwork. These books were launched in a unique and interesting seminar in August 2019.*

Children from the Pardhi community have written two of the books in this series, and the other two have been written by children from the Gond community. These were originally written in Hindi and have been translated into English, keeping in mind the same students as readers of English as a third language. Different artists in different styles have illustrated the books. Going To School Alone by Simran Uikey, with illustrations by Kruttika Susaria (Level 3) and Trees and Clouds by Dilbaras Parmar, illustrated by Ishitha Debnath Biswas (Level 3) are imagined in the folk literary style—a style that gives a life to nature—to clouds, wind and storm. It introduces the second language reader to variant forms of verbs and adjectives. It is set in the eye of a storm so to speak, a storm that uproots a number of trees and…. Hold your breath, plants them on the clouds. The conversation between the clouds, the storm and the wind is interesting and shows human characteristics of teasing. That the trees, who are being bandied about are mute spectators, also relate to the frequent uprooting of these communities without their having a say about their desires. Dilbaras, who is very fond of mountains and nature, wrote this story when he was in class 3. Ishitha’s illustrations liven up the book.
The Pardhi Rule by Tasveer Parmar, illustrated by Swati Addanki (Level 4) has a Pardhi girl as the central character. Dilvaan goes with her father to the jungle to catch birds—the traditional occupation of the Pardhis—the nuanced knowledge of the Pardhis in trapping birds, in differentiating between the male and female of the species, and their value system, which is rationally empathetic to other beings, is revealed in the story. A must read in these times of environmental degradation and biases against poor and deprived communities like the Pardhis. My Chappals by Jannat Dhurve, illustrated by Tasneem Amiruddin (Level 2) is a simple story of the repetitive motif genre of folk tales, applied on poor children’s contemporary lives. A little girl wants rubber chappals for the rains, so she goes to her various family members one by one, and each is unable to give her the chappals due to different reasons. In the process, one comes to know the life of the child’s family. The Hindi names for relatives—like masi for aunt (mother’s sister) is used. The book is in the first person—so it becomes the story of every reader. The refrain of ‘I was sad. I wanted to buy rubber chappals for the rains’ gives a beginning reader much needed practice. At the end, the little girl gets the chappals and something else in the bargain.