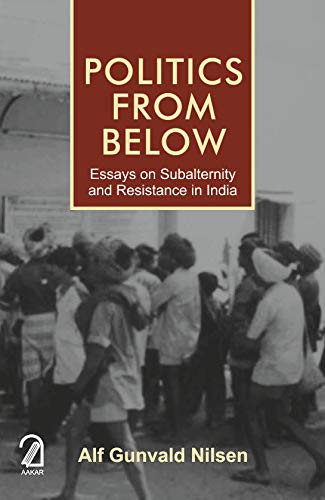 The book under review is a critical analysis of subalternity in India, which is in contrast to both the postcolonial and postmodern approaches that have dominated academia for the last three decades or so. The author is critical of the postcolonial studies, represented by the Subaltern Studies project, for drawing untenable boundaries between liberal-constitutional modernity and subaltern `ethnicization`. Instead he argues that, `Indeed, the movements of subaltern groups in contemporary India are commonly engaged in struggles that draw on and appropriate existing idioms of citizenship, and in doing so they arguably also propel the expansion of meanings and practices of citizenship` (p. 157).

With regard to the postmodern/poststructural approach, the book takes a critical view of the Foucauldian understanding of `power relations and state power`. The author, in my view, correctly points out that `The Foucauldian emphasis on the decentred nature of power comes with the limitation of not being able to properly address the questions of how and why, at specific and contingent conjunctures, the exercise of state power achieves a certain unity across dispersed sites, and the limits this may impose upon the prospects for advancing subaltern agency in relation to the state` (pp. 158-59). In other words, subaltern agency can neither be understood in its separation from the dominant structures of power nor through merely arguing for the state as a dispersed site. The story is somewhat in the interstices of these frameworks. According to the author, subaltern agency will proceed `through hegemonic political institutions, discourses and processes, rather than at a distance from these` (p. 160). Similarly, rather than assume the dispersed nature of the state, in contrast to the Foucauldian approach, it needs to be emphasized that within the structured class character of the state there exist `conjunctural opportunities` in dialectical tension with `structural constraints`. Autonomy of the subaltern is more a result of the resistance by them rather than a condition of their existence. This framework is explored through a close ethnographic study of the Narmada Bachao Andolan in Gujarat and the Adivasi Mukti Sangathan in Madhya Pradesh.

The significant attempt in the book is to point towards the specificities of the state-society relation, within the context of the more generalized condition of  ‘Capitalist development and state formation as master change processes`. While this is an important and much-needed intervention in rethinking how to theorize subaltern agency in contemporary India, I feel the variables to understand this process have to be much more varied than usually found in the traditional study of social movements in India. To begin with, there is an emergent nexus between the modern governmental power of the state and the power located in traditional hierarchies. Subaltern politics is operating at the edges of this strong edifice moving between liberal constitutionalism and critical traditionalism. There is no generalized subaltern politics with a clear pattern. They might invoke socio-legal activism when livelihoods are encroached upon but within the same subaltern group, traditional caste/gender hierarchies can be reinforced when challenged by the same processes of socio-legal interventions. The scenario is much more complex and divided than what is presented in the case studies that are explored in the book.