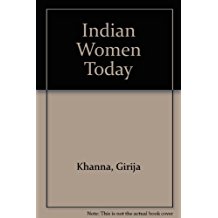 Man’s cruelty to man is unbelievable. But believe one has to, when details come out one after another, of what people undergo in our prisons, where they are supposed to be reformed. After spend­ing ages in prison, they come out· hardened, their hearts darkened more than ever with evil. Mary Tyler’s account of her years in Hazaribagh jail reflects largely the back­ground and nature of her co-prisoners’ crimes and the inhuman atmosphere in Indian jails. The police had charged the author, together with fifty-one others, including her husband, Amalendu. All were still in jail, awaiting trial, when she was released five years later. After three years in jail, when at last she was taken to the court, the magistrate just glanced up, motioned to the police and she was back in jail in ten minutes’ time. Trials are mirages for prisoners. They may reach the courts, but seldom the trial.[ih`c-hide-content ihc_mb_type=”block” ihc_mb_who=”unreg” ihc_mb_template=”1″ ]

During the last couple of years a num­ber of books on women have appeared which reflect the current interest of many scholars in this area. The present volume sets out to explore woman’s role as wife, mother and working person, how she is placed in the social structure of modern India, how she has changed in the last three decades and what the areas are where she is reluctant to change. The book is primarily based on the data collected from interviews of one thousand women selected from different socio-economic groups and regions. The sample consists of twenty-five per cent women from the upper and twenty-five per cent from the lower socio-economic classes. Fifty per cent of the sample is from the middle socio-economic group. ‘More weightage has been given to the middle socio-econo­mic group as this group was expected to respond with a wider perspective of the issues involved’. Twenty-five per cent of the sample has been selected from the lower strata as ‘their views might be res­tricted because of imperfect education and limited exposure to the outside world’. The tendency to generalize from the middle class perspective seems to be all pervasive. This is responsible for the relatively inadequate understanding of the extent to which on-going changes have affected basic aspects of life in different strata of society.

With a purely urban sample, the title of the book seems to be a misnomer as it does not reflect the realities of life of the vast majority of rural women.

The authors are primarily concerned with the ‘average Indian women, her life, ideas and the image she want s to live up­to’. Who is the average Indian woman? Despite the fact that the sample covered different caste, religious and ethnic groups these factors have not been taken into consideration while analysing the data. It is claimed that ‘the basis of caste being varnashram or occupation of a person, caste ceases to be a dynamic factor shaping the thinking of urban people. Even in rural areas a woman has no caste of her own as she takes that of her husband after marriage. To whichever caste a woman may belong she is primarily conditioned by her sex, her position as wife, mother and custodian of the house’. In the Indian context such an unwarranted assumption cannot stand the test either of established theory or of empirical research. The groups have been placed into three dis­tinct categories the conservative, the liberal, and the moderate depending pri­marily on their educational and social background. The argument is that cross fertilization of ideas and customs in urban areas has produced uniformity in beliefs and social practices and has resulted in the decrease of cultural diversity in the urban population.

The major part of the book is devoted to issues related to marriage and marital relations, problems of adjustment and maladjustment, attitudes to sex and fami­ly-planning. A separate chapter devoted to social issues focuses on inter-caste mar­riage, attitude towards divorce, widow remarriage, dowry, adoption, coeducation, sexual freedom and pre-marital sex. Socio­e-conomic and cultural aspects of family life cover diverse topics like familiar roles and task differentiation between husband and wife, preferred family size, saving patterns, religious beliefs and practices, social service, recreation and political interest. One chapter is devoted to fashion consciousness and attitudes towards smok­ing, drinking and use of drugs and tran­quilizers. The chapter on employment is devoted largely to the problems of employ­ment of married women and briefly touches upon the rural women workers. The ideas scattered in various chapters of this book are summed up in the last chap­ter which discusses changes in roles, ideo­logy and images of women. Summing up the findings, the authors feel that a remark­able change has come in women’s attitude. While a multitude of factors are supposed to have influenced the great change that is now noticed in Indian women today, education had played the greatest role.

There is no doubt that planned development and change have unleashed many forces which are affecting women’s lives, however the generalizations made in this book are not borne out by recent researches done in India. The authors do not seem to have taken note of either the report of the Committee on the Status of Women in India or of the recent resear­ches done in this area.