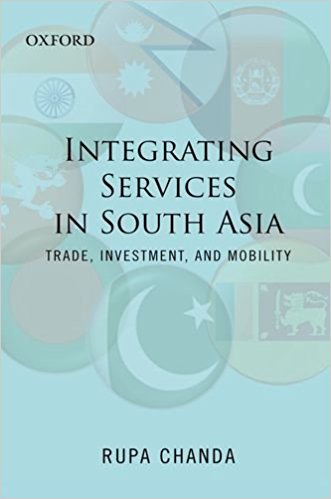 Integrating Services in South Asia‘ comes at a very im-portant juncture when services negotiations are under way within SAARC nations and are also de-emed to be a very impor-tant part of bilateral and multilateral trading arran-gements with huge poten-tial for the region. The services have emerged as the fastest growing sector in many parts of the developing world espe-cially in Latin America and Asia since mid-eighties, which propelled the Uruguay Round (1986-1992) of multi-lateral negotiations to include services export in the General Agreement for Tariffs and Trade (GATT). This resulted in the General Agreement on Trade in Services (GATS) that entered into force in January 1995 with the aim of extending the multilateral trading system to the service sectors, including almost similar provisions of GATT.

Although initially South Asia, under the dominance of India, did not cooperate much during the Uruguay Round of negotiations, after two decades of GATS coming into existence services have developed very high stakes within the South Asian region. This has been possible due to the vast increases in the share of services to their respective country GDPs alongside very high growth rates of the sector on quite high base.