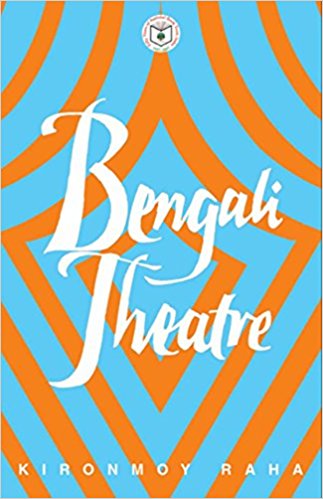 The theatre in Bengal in its early days came to be labelled by some newspapers as the Bilati Jatra, i.e., indigenous folk play presented in a western pattern. Curi­ous as it may sound, the expression rightly stressed the kind of interrelationship, or rather the admixture that the outcome proved to be. Historically, the people in this country came to know about the theatre as it is, only with the advent of the western ideas and manners. At the same time, India already had a long and well-established dramatic tradition, as evi­dent in Bharata’s Natyasastra and subs­equent Sanskrit plays. If the classical forms fell into disuse, folk varieties and regional entertainment sources like the Jatra in Bengal, continued unabated. Rapid urbanization and growth of a cen­tre like Calcutta with neo-rich and ever­ growing demands for entertainment led to the fruition of the Bengali stage. In brief, it is the outcome of a socio-economic process which evolved in a given historical situation. Whether Jatra became modi­fied or an outlandish concept underwent a change, the result is an amalgam with its own characteristics.

Bengali theatre is indeed a story of the native skill adopting and in course of time amply expressing its genius through the medium so adopted. At the beginning, not only proscenium, the stage for drama­tic presentation of plays followed by the western model, but even plays by Shakes­peare or other European dramatists had to be depended upon for inspiration. Sanskrit plays and adaptations were yet another kind of production. Strangely enough, the credit for staging the first play in Bengali goes not to any local talent, but to a traveller of Russian origin, Herasim Lebeuff (1795). His departure from India soon after put an end to such effects.

In fact, the real boost came with the rich and enlightened families like the Tagores of Jorasanko, Debs of Sobha­bazar and the Sinhas of Paikpara encour­aged private performances. Dearth of plays in Bengali and the requests from patrons resulted in efforts on the part of a poet like Michael Madhusudan Dutt, already well-known for his poems in blank verse. He wrote plays like Sarunistha and Krishnakumari. Some like Ram­narain Tarkaratna preferred contemporary themes like polygamy. But it was Dina­bandhu Mitra, a Government official, who made his mark with his social plays like Sadhabar Ekadasi, specially with Nil Durpan delineating the atrocities by the indigo planters (strangely enough, its first edition was printed outside Calcutta, in Dacca and did not carry the author’s name). Growing patronage and more number of plays encouraged many acting talents. Mention may be made here in particular of Ardhendu Sekhar Mustafi and Girish Chandra Ghosh. Com­mercial propositions were in the air and the first public performance on a regular basis, by sale of tickets, took place in December, 1972 with Nil Durpan on the bill.

A new phase began with a number of play-houses springing up. Internal bickerings and mismanagement led to fre­quent change of ownership and new group alignments. But the popularity of theatre continued undiminished. Girish Ghosh shines as a beacon light for about three decades when he contributed a good deal. Besides being an actor of high repute, he was a good trainer and developed a group of actors and actresses around him. Among them, Binodini, an uneducated damsel recruited from the city’s red light district (a step which sparked off a con­troversy initially) not only succeeded in making a mark, but has left for pos­terity an interesting memoir of hers. She describes therein her surrounding and the times. Incidentally, referring to a trip to northern Indian cities, she mentions the commotion during the staging of Nil Durpan in Lucknow which ultima­tely had to be stopped. Girish Ghosh left a regular job with a mercantile firm, encouraged by his initial success, to devote himself fully to the theatre. He wrote a number of plays like Bilwamangal and Jena, based on ancient stories and historical plays like Siraj ud-ullah. Among his social plays, Prafulla is perhaps best known. He is credited as a playwright of a num­ber of musicals and farces. Indeed in all possible ways, Girish Ghosh gave the stage a strong foundation.

The Bengali theatre has not been obli­vious of the realities around and the social aspirations of people. Nil Durpan was a shining example. Popular novels by Bankim Chandra Chattopadhyaya were dramatized and staged. We thereafter come across a series of plays reflecting the new sense of pride in the country’s past and consequent patriotic feeling. Dwijendra Lal Roy (mostly dealing in the heroic exploits of the Rajputs) occupies the foremost place in that respect. Another important play­wright was Kshirode Prasad Vidyavinod. Sachin Sen Gupta (Gairik Pataka) and Manmatha Roy (Karagar) continued the tradition further. Of social themes, while the plays based on the stories by Sarat Chandra Chottopodhyaya proved success­ful, Tagore comparatively was not easy to comprehend, but with his style, symbol­ism and definite ideas, for the theatre as a communication medium, Tagore proved a valuable influence on the whole.

From around the thirties onwards, Sisir Kumar Bhaduri, proved to be a distinct landmark in the story of the Bengali theatre. He created a stir by giving up a teaching job in a college to concentrate full time on theatre. Endowed with a na­tional gift, uncommon dramatic sense and overall conception of productions, he gave the Bengali theatre a new dimension too. Even a poorly written script attained a new meaning with him. He attempted some of Tagore’s plays with success. His was the first Indian troupe to go abroad to give performances. With his individual acting in plays like Sita, Digvijayi and Saroshi and a host of raw recruits mould­ed into mature talent, high acclaim from high and low, he doubtless brought to the stage a new prestige. In spite of blazing a new trail, disillusioned and a pauper Sisir Bhaduri died a pauper and disillusioned man.

The forties witnessed a social ferment with the war, famine and communal riot and the Partition in quick succession. Cal­cutta was the focal point and the drama movement as a whole expressed itself with a renewed zest, underlining the new political awareness. The Indian People’s Theatre Association, known as IPTA, came into existence. It produced Bijan Bhattacharya’s Nabanna, a tragedy depic­ting the peasant life. Sombhu Mitra caught the public attention, and after­wards became the founder-mentor of his now well-known ‘Bohirupee’ group. In its thirty years of existence, the group has been noted for its consistent and highly competent production of a wide range. Sombhu Mitra successfully attempted and popularized a number of Tagore plays including Raktakarabi. Likewise the IPTA brought to the limelight and inspired many other talents. Utpal Dutt deserves particular mention in this connection. Starting as an actor of English plays, he strayed onto the Bengali stage and en­riched it with his talents as an actor, organizer and a playwright. In fact the numerous groups which compromise ‘the other theatre’, i.e. other than the estab­lished playhouses, did play an important role and furthered greatly the cause of Bengali theatre.

While surveying the growth of Bengali theatre, the author objectively narrates its ups and downs and provides the reader with interesting sidelights. He refers to impediments faced like the Restric­tion Bill and police repression. He brings forth the problems of semi­-professional groups of those belonging to the other theatres and poses the question about getting a cheap or easily available stage, where such groups rehearse and produce their plays. The state, no doubt, owes a responsibility in the matter, which too had been voiced by Sisir Bhaduri years back. An intimate theatre or small enlightened audience, as expressed by Tagore, is also of importance, if the theatre is to thrive. The National Book Trust, India have been judicious in including the present title in its series of publications. Satyajit Ray’s cover design lends distinction to it.