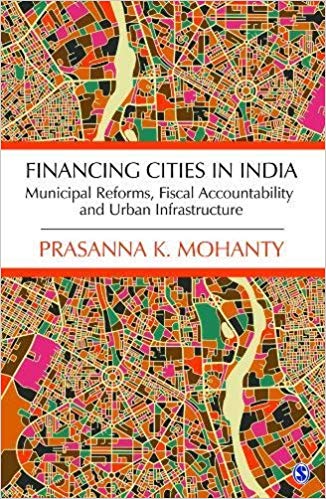 The author points out that the need for enhancing public spending in urban areas (particularly in infrastructure) is really pressing in India, however, urban local bodies do not have enough resources to do that. There are three ways to empower the municipalities and the corporations viz. by increasing their own tax and non-tax revenues, by increasing inter-governmental transfers to the urban local bodies (i.e., transfer from Central or State governments to ULBs) and by allowing them to borrow money from the market by floating municipal bonds. The book upholds the benefit principle as the guiding principle for levying taxes and user charges. It also advocates increasing the tax base for the ULBs mainly through land value tax and property tax and also by broadening the tax base through less exemptions. The book also lays emphasis on various user charges including charges for water, sewerage, solid waste collection, public transport etc., and on benefit charges like development charges and impact fees. It talks about vertical and horizontal imbalances (i.e., mismatch between expenditure requirements and own revenue of all the local bodies and inequality among local bodies) in intergovernmental transfers and argues for a formula-based transfer system assigning weights to fiscal need, fiscal capacity and fiscal effort factors. The book suggests comprehensive reforms in municipal finance to enhance the credit-worthiness of municipalities, apart from development of the municipal bond market. It also advocates public private partnerships (PPPs) and points out that tools like tax increment financing (TIF) would enable public authorities to trade anticipated future revenues for a present infrastructure programme. Finally, it suggests a roadmap and sets a target of enhancing the ULBs’ expenditure from 1 percent to 5 percent of GDP with 2 percent of GDP earmarked for the capital expenditure.