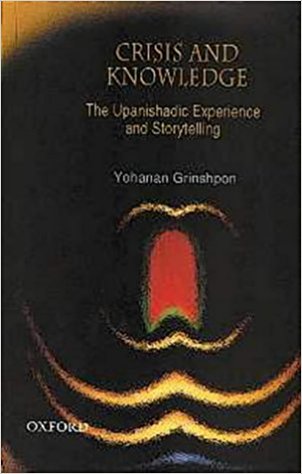 This scholarly and imaginative study of the Upanishads makes a significant point: It argues that the Upanishadic texts have been traditionally viewed as consisting of two distinct and separable parts—“metaphysics” and “story”. This has resulted in “abstraction” and over-valuation of the metaphysical message and, more importantly, neglect and consequent “under-reading” of the stories. The book attempts to redress this imbalance by exploring the narrative potential of the stories (the author has identified a recurring psychological pattern: feeling of inferiority in the protagonist that leads to a crisis and culminates in acquisition of knowledge) so that the essential exegetical integrity of narrative form and content can be maintained. However, I have some rather serious reservations about the manner in which the stories have been interpreted, the contextual frame of reference has been defined, and the broader implications of his ‘re-readings’ have been left unspecified. Let me begin with the method of interpretation. To choose an example at random, the author reads the Satyakama-Jabala story as a narrative of “bitter mother-son conflict” on the ground that Satyakama asked his mother Jabala about his lineage and she answered that she did not know.