Biographies of God and God-alike 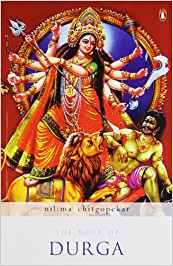 This set of three volumes aims to cover the salient features of God and God-alike appearing in different religions, Hindu, Muslim and Sikh. The contributors have given a comprehensive bird’s eyeview of their origins along with anecdotes that manifest their awesome personality. The cultural settings of the three religious heads vary considerably. Goddess Durga, the slayer of Mahishasura has a mythical origin, hence her feats can be traced from the phantasms recorded in the Puranas like the Devi Mahatmya, Markandeya Purana and Skanda Purana. Nanak and Muhammad on the contrary had a humble human beginning. It makes an interesting reading as to how they ascended to the exalted position of a mystic and a seer to whom God has revealed the way. It is difficult to write biographies of Gods and that too in a manner that reduces mysteries and miracles to the minimum. The iconic representation of Durga as it appears in the Puranas, is a purely fictitious narrative, hence a demystified version of her origin and deeds of valour can be attempted at the cost of the devotee’s rancour.