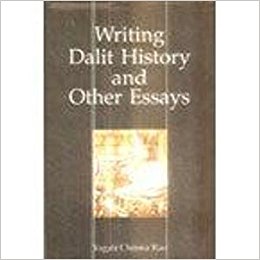 The world ‘dalit’ or “crushed underfoot” in the contemporary period has replaced the world “untouchable”. The term “dalit” owes its origin to the writings of Jotirao Phule in the last decades of the nineteenth century. However, it was more vociferously expoused, almost a century later when a political group by the name of dalit Panthers emerged in the state of Maharastra. Prior to the unsage of the term “dalit” there had been a plethora of nomenclatures like “Polluted”, “Untouchable” and “Harijan” – all of which had a pejorative flavour. Nonetheless, the majority of the ex-untouchable castes have preferred to adopt the term “dalit”, since it provides them with the real opportunities for the articulation of their grievances. Any attempt at historically locating the dalits, as the author has correctly pointed out has too often been impeded by an acute shortage of evidence for most part of the nineteenth century.

In fact, neither the official nor the unofficial sources are detailed or sophisticated enough to put together a comprehensive picture of the dalits. It would not be out of place to argue that dalits are yet to be a part of the Indian historiography. The author has asserted that despite the paucity of historical and written documentation, any historian seeking to reconstruct dalit history can garner evidence from official sources as preserved in the government archives and from the biographical and autobiographical writings of the Dalit intellectuals.