Discrimination and the Intermediate Castes 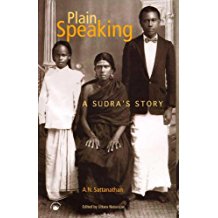 This book comes at an opportune moment for our understanding of caste in India, and particularly of the experience of belonging to an intermediate caste. The last year has been marked by debates, protests and court rulings on the issue of a central government reservation for ‘Other Backward Classes’ – a category of intermediate castes ranked above the Scheduled Castes. The debates and protests have tended to be polarised into ‘For’ and ‘Against’ positions and little attention has been paid to reflecting on the category OBC itself, and the varied and quite disparate castes that are classed within it. Prior to the census in 2001 there was considerable discussion about whether information should be gathered not only on Scheduled Castes but also on Other Backwards Classes. Those who argued for this did so with the concern that more information was needed about the OBC castes.

I cannot here delve into these debates, but want to stress that the desire for a greater understanding of intermediary castes – statistical and ethnographic – has been a concern for some years now.

Although caste has been a focus of much anthropological literature, a critical perspective that attempts to look at the experience of caste and caste discrimination has been slow to come. In the last few decades greater attention has been paid to castes classed under Schedule Castes or those identified with the political term ‘Dalits’.