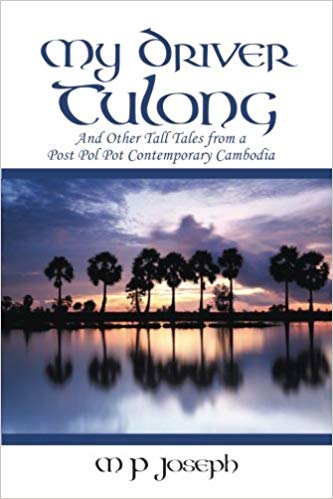 MP Joseph vehemently insists at the outset that this book is a work of fiction and that the narrator—who coincidentally shares his name—too is a fictional character.  It is perplexing why he has gone to such pains given that the narrator shares a biodata uncannily similar to his own: from a childhood in Kerala to working as a banker and then an Indian civil servant before joining the United Nations bureaucracy and serving a tenure in Cambodia. Doubtless this prestidigitation allows for greater freedom in describing people and situations, and provides a window of deniability while concocting this rollicking narrative.

Having set that confusion aside, and although his ‘fiction’ lacks the ingredients of plot and climax, Joseph must be commended for his droll rendering of these ‘tall tales’ which makes for a thoroughly enjoyable read.  Not only are Tulong and others in the endearing cast of characters portrayed with humour and sensitivity, but the reader also gets an intimate glimpse of life in Cambodia and an irreverent peek into the shenanigans of international bureaucracy. Joseph—the author and or narrator—sets foot in Cambodia for the first time on Valentine’s Day sparking a love affair that has resulted in this book.  The lush landscape takes him back to the Kerala of his childhood and he discerns ubiquitous traces of the intercourse with India stretching back hundreds of years. He notes the innumerable Sanskrit words that find
everyday use in the Khmer language and is pleasantly surprised to gather from his Kru (Guru) that Khmer names for the months of the year are similar to those in Malayalam.  He marvels at the prodigious workmanship of the incomparable temples of Angkor Wat that house statues of Hindu gods and depict on their walls frescos of Hindu epics.

When Joseph first meets Tulong, he is struck most of all by his eyes: blank, lifeless.  He imagines that this is explained by Tulong’s experiences during the Pol Pot regime.  Is he one of the millions whose homes and families had been destroyed by the Khmer Rouge and who cannot bear the pain of memory?  Or is he a Khmer Rouge soldier who had mechanically bludgeoned to death scores of his countrymen, and wishes now to make a fresh start? Tulong does not disclose whether he was prey or perpetrator.  That is a closed chapter, never to be revealed.