More Than Just A Disappearance 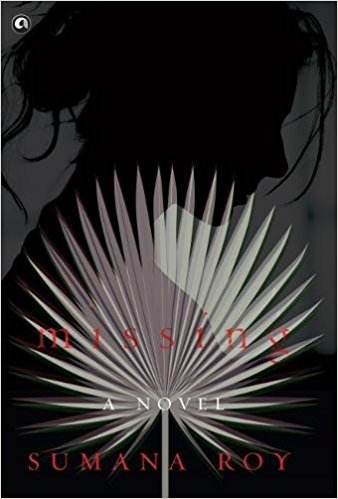 Missing is set in a disturbing milieu: India’s North East in 2012. Critical reports from an English newspaper from July 24, 2012 to July 30, 2012 form an integral part of the novel—not to speak of the general derision with which news, per se, is viewed.  Although much of the action happens in the relatively calm city of Siliguri, the characters are all profoundly influenced either directly or indirectly by the unrest in nearby Assam, in particular by the clashes between the Bodos, and the refugees from nearby States (including from Nepal and Bangladesh). If the news reports are to be believed, at the relevant time 48 deaths were reported apart from  about 400,000 persons housed in 270 relief camps.

The story revolves around Kobita, a social activist in her mid 50s, who decides to travel to Guwahati in search of a molested girl who has gone missing (the victim was filmed during the act but not rescued) leaving behind her blind husband Nayan Sengupta (who is also a poet) in the care of domestics: Bimal-da (nocturnal singer of kirtans and day time carpenter), Shibhu (the driver), Bani (the cook), and Ratan (the gardener). Before proceeding on the trip, Kobita leaves instructions for Bimal-da to make a new bed with boxes.  The bed not only remains a work-in-progress, but Bimal-da also drafts an assistant Ahmed to complete the task besides persuading Nayan to hire his granddaughter Tushi Saha (‘Yes, she is an HS pass—Bangla, English, anything!’) to read out the newspaper every day to Nayan so that he is kept abreast of current events, in particular, about the unrest in Assam where his wife is said to be.  The daily tussle between Nayan and Tushi on what should be read and what should be omitted are truly delightful even as Nayan is desperate to hear any news of Kobita after her disappearance since her last phone call.  Nayan’s feelings alternate between sadness and frustration. He thinks aloud: people who want justice for the world are the ones who are most unjust at home…. Gandhi yes, but also people like Kobita.