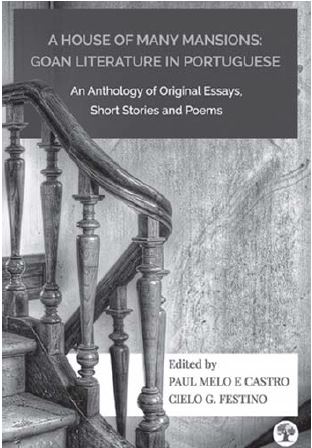 There are any number of literatures in the world that should be better known.  The problems, as always, are of translation and publication.  Literature in India suffers particularly from these issues, that is why so many writers have chosen to write in English.  In English your audience is immediately vast and so makes up a worldwide market.  But if you choose to write in Tulu, Meitei, Konkani, or Santali, the situation is certainly otherwise. So what can we say about literature from India written in Portuguese?  Portuguese speakers in India have dwindled to the vanishing point.   Portuguese was never even counted as ‘a language of India’, having been relegated to a colonial history more reviled than found interesting.   Even in Goa—the centre of the erstwhile Portuguese rule in India—literature in Portuguese has lost its audience and is not much discussed today.  Abroad, interest in India among Lusophone people in Portugal, Africa and Brazil may not be very high.  Yet, there is a wealth of literature from Goa that has hardly ever been tapped due to these problems.  Indians who read literature may scarcely be aware of the existence of their country’s Portuguese heritage.  Certainly readers in the wider English-speaking world have not been familiar with such a body of work. While Goa’s presence on the literary scene has been marked in Marathi, Konkani, and English, until recently almost the only book about Indo-Portuguese literature was written in 1971 in Portuguese.

Goa, often found in Bollywood films as an escapist paradise and a piece of some ersatz ‘West’, actually has a fascinating culture made up of both Hindu and Catholic elements due to 451 years of Portuguese rule that ended in 1961.  The literature written during the last century or so of that rule reflects that culture to some degree, but has a great historical value in any case.  What did the writers of that time have to say about Goa and its society?