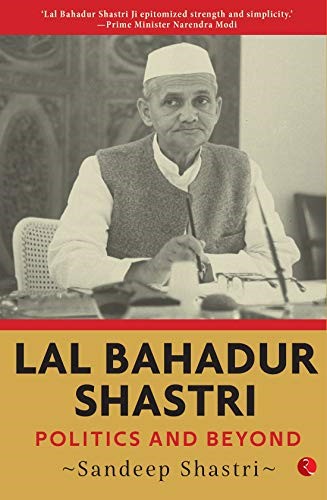 Leadership as a subject has received scant attention in the discipline of political science in India. Most of the writings are journalistic or biographical in nature. The focus in the available literature on political leadership is mainly on national leadership and that too only on a few leaders like Gandhi, Nehru and Ambedkar (besides Indira Gandhi and Jayaprakash Naryan). Of late, Patel and Deendayal Upadhaya have become favourites of biographers. Obviously, state patronage has been a major factor in privileging the few and neglect of their equally worthy contemporaries.1

The overall neglect of political leadership studies becomes more glaring when one considers the sheer number of reasonably free and fair elections held in India for all the three tiers of governments that witness the participation of vast numbers of electorates, hundreds of parties and their vote mobilizers and leaders. Apart from the enormous size and diversities of the world’s largest electorates which is reflected in the variety of parties having different ideologies, social and spatial support base, it is also the vast scale of social and cultural identities that exist in India which present an exciting prospect for any analyst to focus on the leadership studies in order to make sense of Indian/state level politics in all its complexities. Guha (2010) observes that India has had the presence of ‘many more political leaders than other countries—leaders who have won and lost elections, run and mis-run governments, and exercised the political imagination of their constituents in myriad other ways’. In a comparative mode, thus, Indian electoral democracy seems an ideal case study for analysing leadership models.2

How does leadership study help in analysing the politics of a given country or its constituent States? Given the pivotal role played by leaders in India, a study of the political life of leaders (usually long in India!) can be useful in making sense of the political and economic changes/shifts and developments that take place during their life and times in the geographical space where they were active. This is especially true if the leader has been in power for a considerable period which enables him to shape political processes and outcomes. Second, leadership studies also help in analysing both the ‘changing social composition of the political elite’ and the shift in the ‘nature of representation’.4 Third, the studies also capture the way a particular leader evolves in his/her political life, often changing tracks to remain relevant to the shifting political and economic reality and retains the support of his old as well new followers. Thus, even in the case of a ‘minor’ leader at regional and sub-regional levels, the study can help in understanding the specificities and local dynamics of the electoral region.6 Fourth, in terms of methodological advantage, different kinds of frameworks and sources 7 may be used while transcending disciplinary boundaries to study varying leadership models in a comparative mode while focusing on more than one leader.