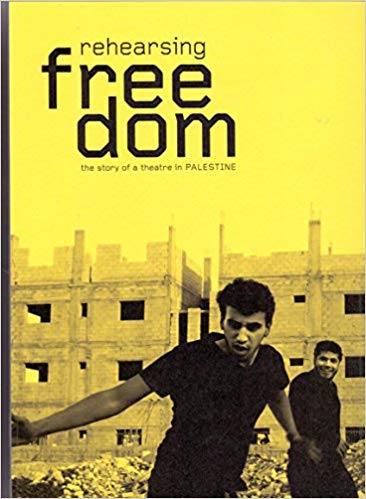 In 2002, ‘Operation Defensive Shield’ the mammoth military onslaught of the Israeli Defence Forces, heavily bombarded large parts of Palestine, hoping to crush the second Intifada. Thousands of Palestinians died and thousands more were detained. Palestine was under siege. The UN reports state that this siege not only restricted the life and mobility of citizens but also that of medical and humanitarian aid by sealing off villages, refugee camps, and cities. While venerating the unflinching resistance of the Palestinian population during this time, Mahmoud Darwish, in his poem titled ‘A State of Siege’, describes ‘life under siege’;
(fragments from the poem)
Under siege, life is the moment
between remembrance of the first moment,
and forgetfulness of the last
Under siege, time becomes a location
solidified eternally

Under siege, place becomes a time
abandoned by past and future
The siege is lying in wait.
It is lying in wait on a tilted stairway
in the midst of a storm.
I read these lines today as a seer’s oracle. For amidst the violent storm that is Palestine under the occupation of Israel, on a tilted stairway that were the ashes of the Battle of Jenin (April 2002), in February 2006, Juliano Mer Khamis gave shape to the dream lying in wait that his mother Arna Mer Khamis had practised for decades with the children of Palestine, before she died in 1995. The Freedom Theatre, a space for Cultural Resistance, opened its doors to the public at the Jenin Refugee camp, in a country under siege. Since then, over the last decade, through the many upheavals of time and history, The Freedom Theatre has created so many meanings for life to so many people, both inside Palestine and in the larger world. As a guide, teacher, friend, and comrade, it has inspired dissent, courage and everyday resistance through its own journey and the stories it shares. The two companion books from LeftWord trace, celebrate and present this incredible journey to the world, sowing hope, as Darwish would say.