Portrayal of an Icon 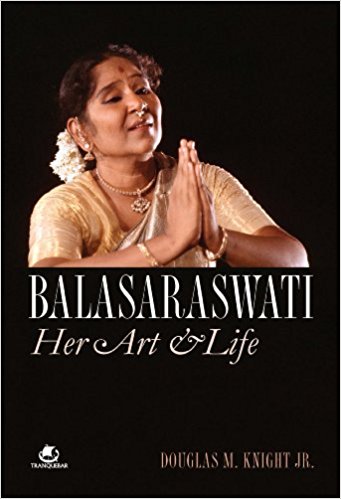 Abiography is usually the life of a person and Douglas Knight’s book features Balasaraswathi, a Bharatanatyam icon. He meticulously traces her life as a dancer, emphasizing her family’s influence on her career. As a child, there was an initial brief period when Bala, as she was popularly known, refused to learn dance but the urge could not be denied and she went through a rigorous schedule with her guru Kandappa Pillai and her mother Jayalakshmi guiding her. There was an eclipse for a few years in the late 1940s but her talent was undeniable and she shot to prominence. She was hailed as the first Bharatanatyam dancer recognized on the world stage, winning the admiration of naysayers in Delhi and dancers such as Anna Pavlova and Martha Graham. As a teacher, she was regularly invited to hold master classes in the US. An interesting biography focuses on a significant aspect of the protagonist, and Knight focuses on Bala’s devotion to dance. He has carefully documented and described an artiste who was steeped in classical dance and music, who breathed and lived it, whose whole life was wrapped up in practising and preserving a classical form of art that she had been born into and born for. He relates the story with a lot of passion uncoloured and untouched by sentiment, and with a lot of admiration and affection, emotions perhaps explained by his relationship with Bala, as part of her ensemble for years and as her son-in-law.