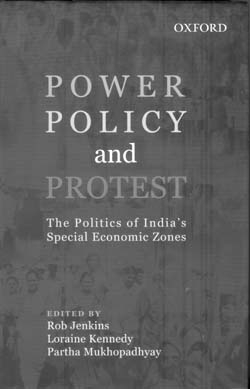 Nandigram in West Bengal, Maha Mumbai in Maharashtra, POSCO in Odisha, Reliance in Haryana, Mundra in Gujarat. These are but a few of the Special Economic Zones (SEZs) that have made headlines in the last decade. In its very short existence, the term SEZ has come to be associated with corruption, crony capitalism, coercion, land grabs, displacement, abuse of power, and resistance and social movements. It is possible that the actions and discourses generated by the SEZ Act, 2005 of the Central Government (distinct from the many State-level SEZ laws/policies) may have been the proverbial straw that broke the camel’s back; the camel being the Land Acquisition Act of 1894 that had been used for over six decades in Independent India to convert millions of acres of agricultural land to non-agricultural use; that is, to transform the economic geography of the nation and turn a traditional, agricultural society into a semi-modern, semi-industrialized one.