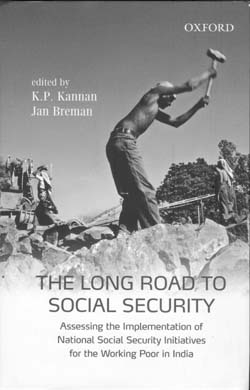 Data on the growing deprivation of sections of people has started resurfacing with investigations into implementation of Rural Employment Guarantee Schemes (NREGS) across the country since 2008. Concomitantly, there has been publication of a series of reports by in the National Commission for Enterprises in the Unorganized Sector (NCEUS). This volume under review takes up security schemes to provide a holistic view on working and non-working poor’s living condition.

Anubhav Sengupta is currently pursuing PhD in the Centre for the Study of Social Systems, Jawaharlal Nehru University, Delhi.