Past of the Future 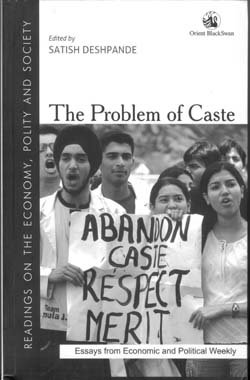 A dalit died and 40 others injured in an attack by the upper caste while dalits in Rohtas, Bihar, were trying to unfurl the national flag. A dalit woman was beaten up by upper caste people for drawing potable water from government-dug deep tube well in Kendrapara, Odisha.1 A dalit boy E. Ilavarasan was allegedly murdered in Tamil Nadu for marrying a girl from the Vanniyar caste. Rape of a dalit girl took place in Jind which the administration has been denying. Contrary to these incidents of attacks on socially disadvantage community, during the 16th Lok Sabha election many scholars have written an obituary to ‘caste politics’—social and political mobilization of caste groups for electoral success. Development modelled on the Gujarat experience was marketed by the campaign machinery. Yet, Narendra Modi often reminded voters about his OBC identity. Disguised identity politics under the agenda of growth created necessary political convulsion, which brings ‘deprived sections’ facing development deficit closer to the Bhartiya Janata Party. Hence, a political environment of conflicting claims and counter claims always puts forward the question of relevance and current form of the caste system in modern India.