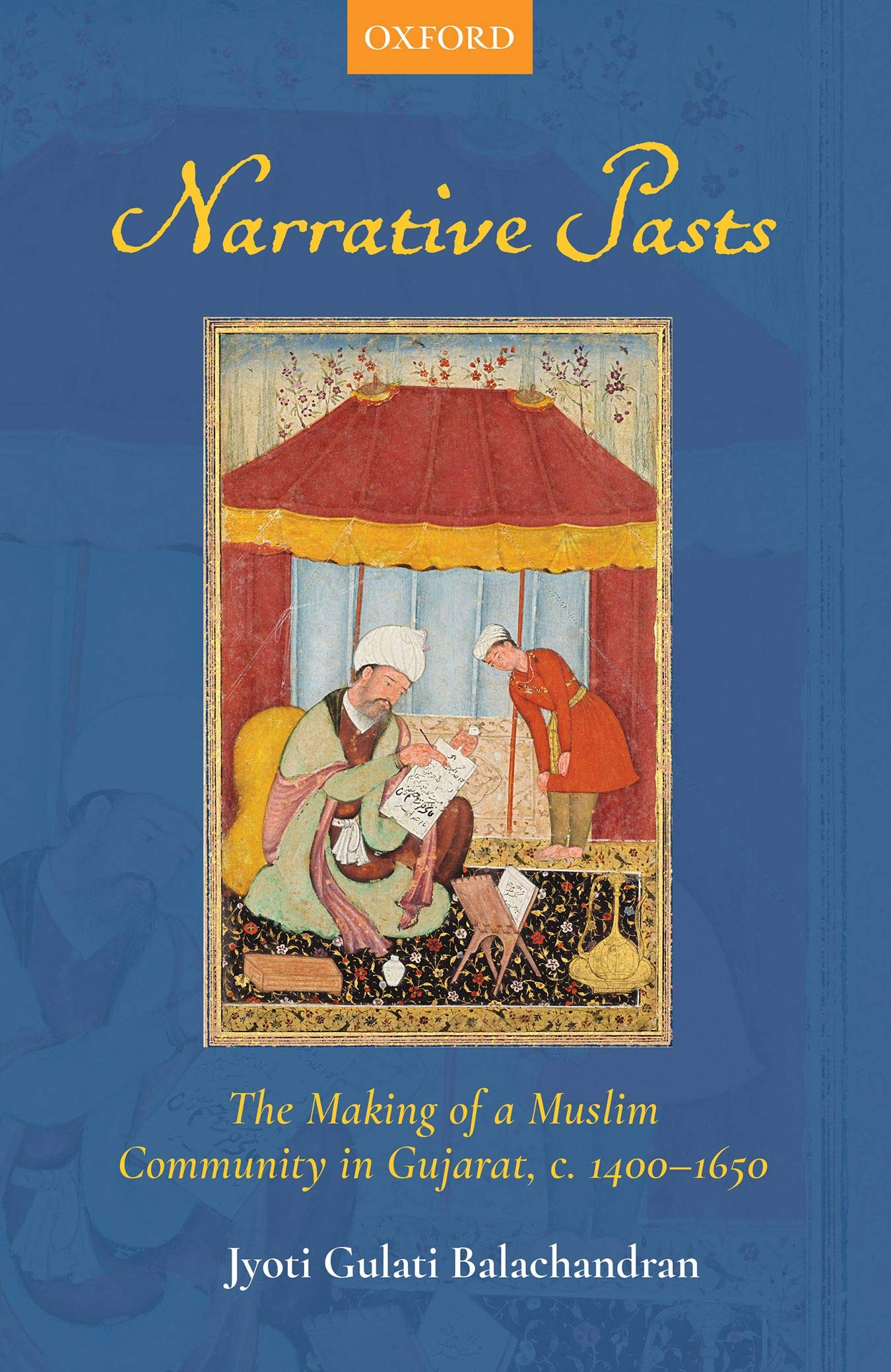 Narrative Pasts narrates the formation of the Muslim community in 15th century Gujarat. The work highlights the representational power of various literary genres—biographical, historical, genealogical etc. and the way these memorialize the 15th century landscape. It successfully demonstrates that the region of Gujarat had a significant position in the world of Islamicate South Asia wherein it shaped the literary developments as well as the identity of the Muslim communities in the subcontinent. The region was also the focal point of textual knowledge formation as well as a thriving urban settlement. Moreover, around the 15th century, Gujarat was a region with a robust mercantile community, a space for literary and linguistic flourish and a diverse Muslim population with various spiritual and sectarian affiliations, paving the way for efficient state formation in the region.

The dominant historiographical debates concerning medieval Indian history still revolve around the centralized bureaucratic model of the state, ignoring regional formations. This is where the significance of the work under review lies. It envisions the past through regional identities and community formations exploring the history of 15th century Gujarat primarily through its rich Sufi tradition, highlighting the Sufi-Sultan relationship marked by both conflict and coexistence. Any power relation is as much constituted by forces of resistance as by those of domination and control. The normative code that subjugates/limits the power of an individual or a community also gives them spaces to form counter hegemonic strategies. The book emphasizes the fact that individuals or communities, irrespective of their social or political position, did not passively imbibe norms but actively interacted with (and sometimes undermined) them to defend their rights and fashion their identities and notions of selfhood. Following this argument, one can visualize the ongoing political, social and cultural processes in 15th century Gujarat.