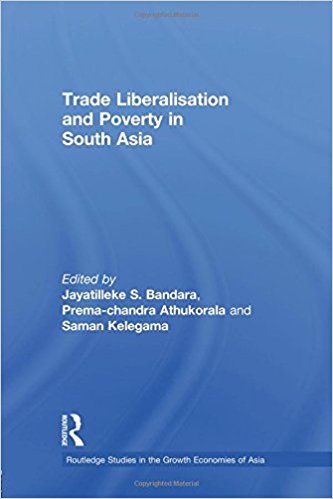 This compendium of essays edited by three distinguished Sri Lankan economists is a welcome addition to the economic literature on South Asia. The subject matter is of great import to policy makers and academics alike and poses a considerable challenge to both the editors and the individual authors. It is a highly competent study with contributions from authors mostly from their own countries. No country can hope to reach higher levels of growth by neglecting its foreign trade or not sustaining trade reform once it is initiated. Equally, it is not a magic bullet but only one tool in the arsenal of policy-makers to raise the rate of economic development and reduce poverty.

The study covers the seven South Asian countries: Bangladesh, Bhutan, India, Maldives, Nepal, Pakistan and Sri Lanka. It stretches over four decades starting with the earliest episode of Sri Lanka and the later effort of Maldives and Bhutan. The main trade reform efforts are concentrated in the two decades of the 1980s and 1990s.