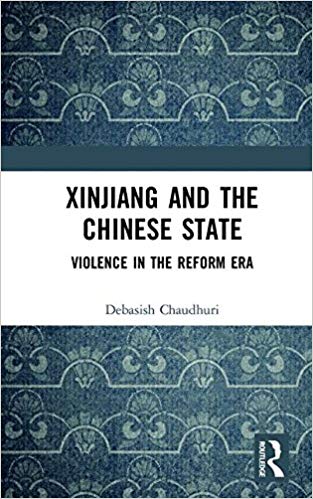 Xinjiang is the ‘pivot of Asia’, where the frontiers of China, Tibet, India, Afghanistan, Pakistan and Central Asia approach each other. From the historical point of view, mainland China has had a tenuous relationship with its distant periphery in Xinjiang. While its Chinese connection dates back more than 2,000 years, Xinjiang remained under the effective control of imperial China only intermittently for over five centuries. However, China never lost sight of the importance of Xinjiang as a bridge for fostering its contacts with the outlying Central Asian states. The growing Uyghur demand for a separate homeland and continuing violence in Xinjiang have brought this region into the focus of national and international attention. Following the disintegration of the former Soviet Union and the independence of Central Asian Republics, China has been assiduously developing Xinjiang as the hub of trans-Asian trade and traffic.

The book under review is an important addition to the existent informed studies on Xinjiang, done by an Indian scholar of China studies drawing upon both western and Chinese sources for his study. The book has been divided into eight chapters providing historical background, theoretical perspective, discussing the national question, Uyghur nationalist resurgence, state ethnic policies, regional economy, ethnic resurgence and state response and international dimension. The introductory and the first chapter discuss the incorporation of Xinjiang into China under imperial, republican and Communist regimes, Eastern Turkestan movements and regional politics under Communist rule before the reform period. The author has done well by tracing the state coercion to suppress Uyghur violence to the traditional Chinese practice of ‘using violence against violence’ (yibaozhibao) and also to the Marxist idea that ethnicity is a  temporary phenomenon. Here one may point out that after the July 5, 2009 Urumqi riots there has been a rethink among the Chinese intellectuals and public circles about the efficacy of the Soviet ‘Policy of Nationalities’ which had influenced the policy of the Communist Party of China. As such China’s official policies towards national minorities  need to be closely watched both in their theoretical and practical dimensions.