Nation As A Social Construct 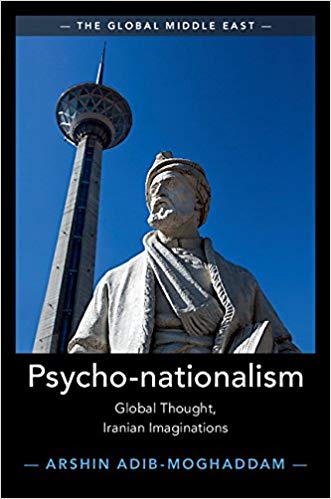 The book is the first of a new series, The Global Middle East, with the author being one of the two general editors of the series. The series seeks to broaden the horizon of the ‘Middle East’ to range from the Atlantic to the subcontinent, and to include the diaspora originating from these lands living in the West, besides introducing authors and ideas from the region to the Anglophone academy. The author, currently Professor in Global Thought and Comparative Philosophies at the School of Oriental and African Studies, London, is also holding the Chair of Iranian studies at the London Middle East Institute. He sets the bar high for the series by focusing on psycho-nationalism in Iran; with psycho-nationalism loosely defined here as the psychological roots of national identity.

Adib-Moghaddam examines the manner in which the Iranian governments earlier under the Shah and latterly under the clerics have utilized psychological dynamics in the making (creating, sustaining and selling) of the Iranian ‘nation’. While the Shahs reached back into a pre-Islamic past, to the age of Iranian superpowerdom under Darius and Cyrus, to legitimize their rule, post-revolutionary Iran has emphasized its Shiite heritage, which interestingly does not go as far back into the Islamic age as a reader unfamiliar with the details of Iranian and Islamic history might have imagined.

The book is thus very timely, since its examination of the Iranian case is instructive for the times we live in, when across the world there has been a lurch to the Right. Arshin begins his book with a synoptic view of the trend towards populism, including in the United States exemplified by the campaign-winning slogan ‘making America great again’. He notes that the case of Iran has escaped closer scrutiny in the study of ‘the way the idea a nation-state is created and sustained’ (p. 3). Arshin sets about the task to ‘understand conceptually how the idea of Iran created, in order to understand the mechanisms and effects of psycho-nationalist discourse’ (p. 4).