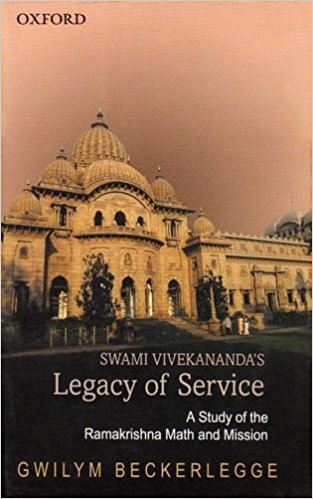 I have to say that Gwilym Beckerlegge continues to astonish me by the frequency with which he produces consistently good scholarly material for the study of the Ramakrishna movement. On the notion of ‘seva’ itself, (usually translated as social service) I recall having read no less than five research papers and a monograph in about as many years. There is, of course, some overlap between these works and the present one. Beckerlegge borrows and borrows heavily from his 2003 production, The Ramakrishna Mission: The Making of a Modern Hindu Movement. However, such borrowing also looks necessary for the sake of narrative continuity. Also, whereas the 2003 work was a collection of thematically diverse essays, albeit all connected with the Ramakrishna movement, the book under review focuses exclusively on the paradigm of ‘service’ as adopted and adapted by this movement. At most places, Beckerlegge’s treatment of the subject is direct and penetrative even though his major arguments are built up over a long succession of essays. Organizationally, the work is divided into three parts.