Finding the Unfamiliar in the Familiar 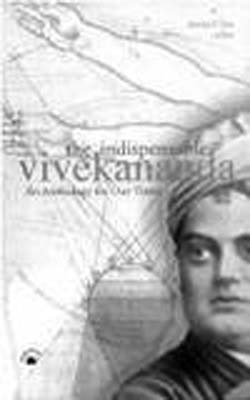 Finding the Unfamiliar in the Familiar
Peter Heehs
THE INDISPENSABLE VIVEKANANDA: AN ANTHOLOGY FOR OUR TIMES by Amiya P. Sen Oxford University Press, 2006, 242 pp., 595
April 2006, volume 30, No 4

Growing up in Pennsylvania during the 1960s, my friends and I used to hang out at a drugstore (that is, a combined eating place, general store and pharmacy) in an outer suburb of Philadelphia. Bolted to the lunch-counter of this establishment was an ancient fortune-telling machine. On its front was the picture of a turbaned “Swami” who would share his knowledge of the future with anyone who inserted a small coin. A decade or so later, when I saw the well-known picture of Vivekananda clad in robes and turban, I realized that he was the unacknowledged model of the fortune-telling Swami of my youth. The rusting artefact on the drugstore lunch-counter testified to the nationwide celebrity enjoyed by Vivekananda seventy years before. Today nobody in south-eastern Pennsylvania – apart from the tiny minority with an interest in Indian spirituality – knows a thing about the man who brought the message of Vedanta to the United States. In India it took a while for Vivekananda’s name to become known – he wrote somewhat testily to brother disciples in 1894 that things might have gone better for him if people in Madras and Calcutta had held meetings “recognizing me as their representative and thanking the American people for receiving me with kindness” – but once established, his reputation has never ceased to grow.