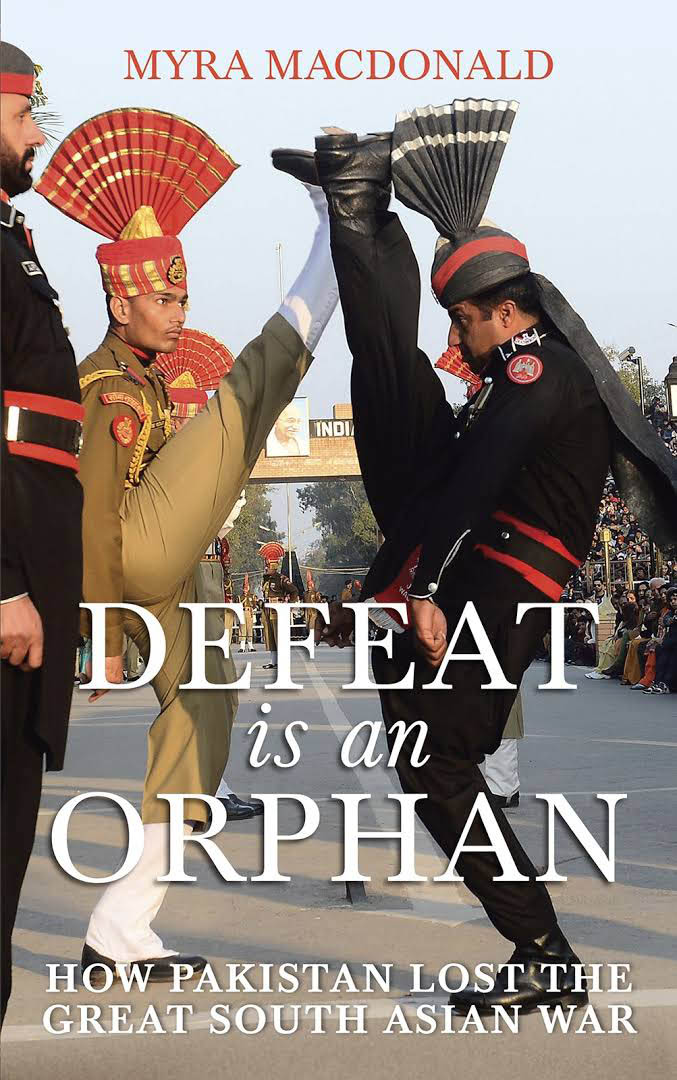 India is geographically contiguous to two other nuclear weapon powers, and both these countries, China and Pakistan have adversarial relations with India. On the contrary, China and Pakistan are known to share an all-weather friendship and have a convergent strategic aim to curtail India’s rise. In this context, it is imperative for the Indian strategic community to keenly follow and digest any emerging perspective from these countries on their nuclear programmes and their relationship in this aspect. Naeem Salik’s work Learning to Live With the Bomb: Pakistan: 1998–2016, an important addition to understanding Pakistan’s evolving perspective on its nuclear programme, is by and large an attempt at presenting a balanced and at times even critical view of some of its most important aspects. However, despite the academic rigour evident from the output, the book also comes across as having a specific and overt objective, and that is to construct a narrative that validates Pakistan’s emergence as a responsible nuclear power state. As a result, there is also an argument presented in the book that Pakistan should be treated on par with its adversary and a nuclear power state, India.

No ambiguity whatsoever has been maintained in stating that India has been the determinant of Pakistan’s actions in the nuclear realm, most particularly in the drive towards weaponization and sophistication of Pakistan’s nuclear warheads and delivery systems. Pakistan’s decision to maintain a nuclear deterrence is justified by its perceived threat from India. Pakistan’s nuclear weapons are not only a means to counter a nuclear threat from India, but are also intended to neutralize India’s conventional superiority.

Moreover, India’s 1974 nuclear test has been seen to have led to restrictive nuclear export controls forcing Pakistan to ‘surreptitiously acquire requisite nuclear technology through nuclear black markets, and exploiting loopholes in the export control system,’ lending ‘a kind of illegitimacy’ to Pakistan’s efforts ‘which continues to bedevil it.’ India’s strategic aspirations as a rising power is certainly the context of the statement that ‘Pakistan was compelled to go nuclear to deter aggression, prevent war, and to safeguard its peace and security’, and that ‘its decision was in no way motivated by any pretension of great power status or a desire for regional domination.’ The book has no qualms in emphasizing Pakistan’s sense of victimization being at the receiving end of sanctions for its nuclear ambitions and being unfairly treated compared to India that struck the nuclear deal with the United States, was given the Nuclear Suppliers Group (NSG) waiver and was called a responsible country with advanced nuclear technology. However, he also makes a point that Pakistan has benefitted from the geopolitical and economic concerns of the global powers that often trump their nonproliferation concerns. For instance, the centrality of Pakistan’s geostrategic role in America’s interventions in Afghanistan provided reprieve to Pakistan’s nuclear programme from nonproliferation hawks in the United States.

Salik gives a descriptive and comprehensive account of the history of Pakistan’s nuclear programme, Pakistan’s evolving nuclear doctrine, Pakistan’s nuclear command and control, nuclear safety and security agreements, Pakistan’s nuclear exports controls regime and its nuclear regulatory regime. Using this background, the author makes a discernible attempt to juxtapose Pakistan’s nuclear learning curve to the experiences of other nuclear weapon countries and existing multilateral standards and regulations. There is a clear stress on how Pakistan has fared fairly well on the learning curve and how essentially, it has become a responsible nuclear power. According to the author, the reality of Pakistan’s responsible stewardship of its nuclear programme is something which has been widely acknowledged, and runs contrary to a number of media stories that allege that Pakistan’s political instability and domestic threat scenarios pose a threat to the safety and security of Pakistan’s nuclear programme. The adaptations in Pakistan’s nuclear doctrine pertaining to the changing dynamics of geopolitics in the subcontinent have been discussed. This has been seen, for instance, in the debates surrounding the introduction of battlefield use nuclear weapons or what is called as tactical nuclear weapons. Credible minimum deterrence is also seen as a dynamic consequent on the strategic environment which will eventually determine changes in the actual size, components, deployment and employment of nuclear forces.

In the absence of a public release of Pakistan’s nuclear doctrine, the features of the doctrine have been inferred and debated, based on press releases by the Inter Services Public Relations (ISPR) Directorate after missile flight tests or after meetings of Pakistan’s National Command Authority (NCA). The institutionalization of Pakistan’s stewardship of its nuclear programme since it became an overt nuclear weapon power in 1998 is a major focus in the book. According to Salik, the institutional aspects of nuclear development in Pakistan lagged behind the technological progress and bridging that gap has been the aim of the country since 1998. The lack of institutional learning pre-1998 is explained as a result of the covert nature of Pakistan’s nuclear programme leading to prioritization of secrecy over security and accountability. Salik emphatically argues that Pakistan has fared quite well in this aspect, with a number of international officials and leaders showing confidence in the system that Pakistan has put in place through ‘experiential learning, inferential learning and in some cases unlearning.’ He delves into the ways and means in which Pakistan has invested human and financial resources with an aim to augment nuclear safety and security from external as well as internal threats. The Personnel Reliability Programme (PRP) has been the focus in terms of fighting internal threats to Pakistan’s nuclear installations. In other words, the attempt is to point out that threat scenarios like Pakistan’s nuclear arsenal being taken over by non-state actors have been exaggerated.

The infamous A.Q. Khan proliferation network has been argued as a case of individual frailty and underdeveloped control regime in the country. This experience plus the passage of the United National Security Council Resolution (UNSC) 1540 are seen as having compelled Pakistan to institute an effective nuclear export control regime. Greater learning on nuclear safety and security has also been shown as reflected in the separation of the regulatory and operational roles of managing Pakistan’s nuclear programme; thus, creating the autonomous Pakistan Nuclear Regulatory Authority (PNRA). When it comes to Pakistan’s nuclear command and control, the military’s dominant role is unsurprising and lack of nuclear learning among the civilian leadership, as compared to the military, Salik contends, has led to the former conceding leadership role to the latter. Nevertheless, the nuclear dimension of national security is seen to be increasingly infused into the curriculum of international relations and defence studies in Pakistan, with an effort to expand the base of nuclear learning beyond Pakistan’s military. Salik’s findings have been largely based on secondary source materials and his own professional experience of helping establish Pakistan’s nuclear command and control and having served as the Director of Arms Control and Disarmament Agency at the Strategic Plans Division (SPD). The comprehensiveness with which the most important aspects regarding the management of Pakistan’s nuclear progamme have been covered makes the book an important text for beginners as well as those who would like to use it as a base to attempt a more critical assessment of Pakistan’s nuclear stewardship since 1998 and its implications for the South Asian security environment.