A Durga Who Turned Dictator 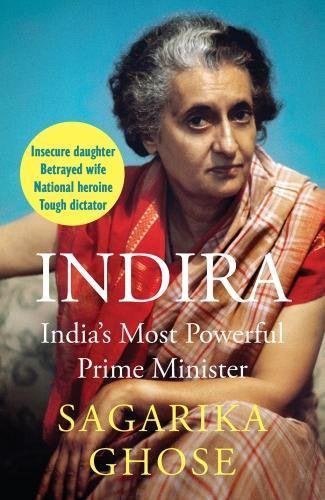 There is no dearth of biographical accounts of Indira Gandhi (1917–84), and there lies the challenge before the author Sagarika Ghose, a journalist and novelist, as to what new could she offer. One of the identifiable novelties of this portrait is a creative style of beginning and/or ending the chapters with a letter from the author to the departed soul. Though Ghose does not acknowledge that she may have derived this style from E.M. Forster (1879–1970), who in 1958, looked around the ‘rulers’ of the world, and eventually picked up Nehru, as only he, among all the living heads of the states could be identified as a serious thinker, eloquent writer and philosopher statesman. Forster’s imagination brought Voltaire, the eighteenth century philosopher alive, in order to write a letter to Nehru. It was Forster’s way of evaluating and complimenting Nehru. Sagarika’s letters in the chapters raise several unflattering questions, by way of making dispassionate evaluation of Indira’s persona and politics, paradoxes and contradictions.

One of the lesser known aspects of Indira’s life is about her childhood in Anand Bhawan, Allahabad. But even more significant is the component of Indira’s friendship with young radicals such as M. Kumaramangalam (1916–73) and P.N. Haksar (1913–98). Pre-existing biographies of Indira have not written much on her attitude towards the RSS. Sagarika reveals that Indira harboured antipathies against it at least since 1946 when she noticed its ‘menacing’ rise in Lucknow, on the ‘German’ model. Nonetheless, in her heyday she tried to outwit the RSS only with her own doses of ‘Soft Hindutva’. It went a long way in redefining Indian polity in the 1980s and after.