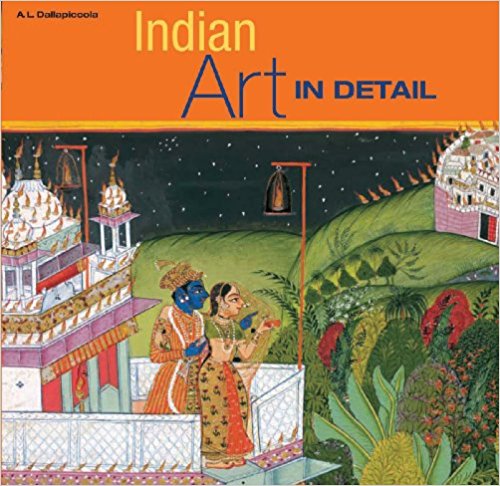 The British Museum has initiated a new series of books which, in detail, discuss the preponderant motifs or themes that characterize the art of a particular region or religion. These are for the interested and intelligent reader, not academics, though the books have such beautiful illustrations that they may even attract the scholars. Perusing through the book, it becomes clear that the British Museum has some extraordinary objects including a thirteenth century Garuda from Orissa, a rare mid-tenth century bronze Bhairava from Karnataka, and some truly fascinating company paintings like the one of a seller of clay images from Patna, dated circa 1870. The book is especially good because it has a wide variety of material from different regions, representing art forms from across India, especially rarely reproduced paintings from colonial southern India. The book under review is written by a scholar whose task is to write a story about Indian art using objects housed in the British Museum.

Given that the museum’s classification system must impact the way the collection is represented in the series, a reader of the book must hope that the author will provide the critical insights and art historical narrative which allow the objects to transcend taxonomical imperatives. But this is not the case in the book.

There is little historical information about the objects or details of their making or their makers. There is very little discussion about how the objects were initially received or how they came to occupy the status of art as opposed to icon or image. Since every object is accompanied with information about the region it was made in, it is important to at least consider how ‘regionality’ is intrinsic to the work, something which does not happen regularly enough. This issue is of particular import since the same divine or human figures were made in different regions, materials and times. Dallapiccola’s viewing of objects is at times faulty—saying a figure starts from the knee when it is clearly the ankle (p. 31)—to more problematic interpretations, such as the placement of a crocodile in a 19th century pata painting from Murshidabad in the ‘Gods’ section (p. 43).

There are other lacunae that would leave the non-scholar uninformed and the scholar irked. Take for example Dallapiccola’s statement that ‘Indian art has developed within the Buddhist, Jain and Hindu religious traditions’ (p. 8) suggests that she has not moved beyond the colonial understanding of India as primarily a society structured by religion or that she is reducing all of India, spatially and chronologically, to a set of objects that have been categorized as religious or influenced by religion. Perhaps more problematic is that given the vast diversity of objects represented in this book, there is no attempt to recognize the internalization of Islam or Christianity.

This sort of flattening works against the stated objective of the book which is to provide ‘creative inspiration’ by discussing how each object ‘reflects its cultural context’. For example, the watercolour titled ‘A seller of clay images’ (pp. 128–129) is shown, with close ups and cut-outs of the three human figures. There is the well-ornamented, female seller who picks up an image of an urbane Muslim figurine, may be a dancer, the elegant Muslim gentleman who selects this clay image and the potter shaping a pot on his wheel and surrounded by other pots. The author states that this is a potter and his wife although how she comes to this conclusion is not discussed. For reasons unclear, the painting is placed in the section titled ‘Courtly and village life’, though there is no data in the picture that suggests a bazaar or a village or any other setting beyond the street side.

As in much of company painting, what seems to be represented is partly ethnographic—there are two figures who deal with terracotta crafts and there is a buyer who selects not a Hindu divinity or saint but instead selects a figure similar to himself—and partly psychological, since the artist focuses on the social and commercial interaction between the seller and her customer, and aligns his visual interest with the potter who also watches the transaction.

Dallapiccola unfortunately does not allow the information the painting offers to guide her interpretation; instead of discussing the naturalist mode of rendering or social concerns represented in the work or why she reads it as village life when the signs of urbanity are everywhere, the writer offers irrelevant cultural data in order to make problematic connections between the past and the present. She states first that clay cookware was prevalent before the rise of stainless steel (the change to stainless steel most likely happened first in southern India among people who earlier used bell metal and clay pots while people who used primarily clay pots slowly switched to the more affordable and faster heating aluminium) and suggests, say in the context of writing about a 19th century painting from urbanized Patna that ‘even now, on occasions such as the Tamil Festival of Pongal, celebrated in the middle of January, it is mandatory to buy new clay pots for boiling milk rice, the special sweet eaten on that day’.

When writing introductions to Indian art, it is important that scholars do not slip into familiar but irritating tropes such as India is connected by religion, Indic culture is essentially the same across space and time and other propositions which not only have been recycled far too long and but also have been criticized intensively. For scholars seeking to encourage new audiences to take interest in an art form, this book again unwittingly asserts the importance of not relying on old hobby horses but instead using art historical imagination to remake relationships to objects and thus elicit the curiosity and respect they demand.

Annapurna Garimella is an art historian and designer based in Bangalore.