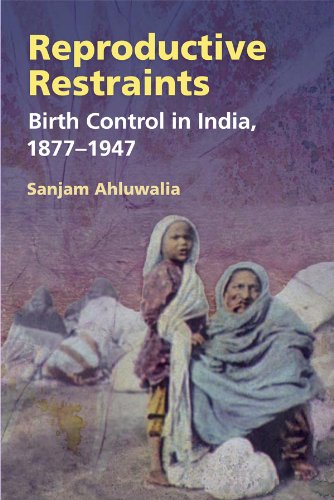 In few areas of public life in India does such consensus prevail as on the issue of population; this is indeed one area in which Indians utterly cease to be argumentative. My medical students, for instance, invariably list ‘the population explosion’ as India’s biggest health problem. The Government of Bihar has recently followed several other states in introducing the two-child norm for contesting panchayati raj elections. Maharashtra charges higher irrigation fees for farmers with more than two children, while restricting education in government schools to two children. Imaginatively, some states have introduced a two-child norm for gun licenses, while in Tamil Nadu, landless labourers losing limbs will receive compensation only if they have two children or less. In the West, of course, population growth in Third World countries is said to be the primary reason for global warming, for environmental degradation, and consequently, for immigration, and, for ‘refugee flows’. Security interests of the United States are therefore said to be under siege by population growth in these countries, particularly those in Africa and the Arab world.

As the discipline of strategic demography that has emerged in response to these security considerations would have it, the ‘youth bulge’ in Islamic countries is primarily responsible for ‘Islamic terror’.

The legacy of Thomas Malthus is not of course restricted to medical professionals, demographers, health planners or security analysts. It provides a strong current to Hindu fundamentalism in India, and indeed to fundamentalists of all varieties all over the world, as they lay claim to controlling ‘their’ women—and their reproductive capacities. Not surprisingly, the media ceaselessly replays these tropes.

Thus over-population has emerged as common sense, self-evident and true. It is of course beside the point that this common sense has been assiduously constructed over more than a hundred and fifty years, commencing precisely in the period when Malthusianism was discredited in England. This common sense—as the book under review demonstrates—thus does not need to be buttressed by facts. The construction of this common sense is necessary for a range of political projects, from colonialism, to privatization of common property resources, to attacks on welfare, and of course to anti-democratic and anti-feminist projects that fall under the rubric of fundamentalism.

This remarkable book under review traces the construction of the discourse of over-population in colonial India and as wedded to the project of nationalism, to modernity, and to some varieties of feminisms. The authors of the project were a motley lot: a substantial section of the Indian political elite—with the notable exception of Gandhi, these were predominantly male medical practitioners, western feminists, the early Indian feminist movement, colonial authorities, a section of indigenous medical practitioners and, of course, Hindu fundamentalists. Their concerns were equally varied: to harness procreation towards a racially superior country, hasten economic development, reduce maternal and child deaths, decrease the birth rate of the poor, the unfit and the ‘Other’, including here, the lower castes and Muslims and, finally, the creation of a ‘modern’ Indian family, and indeed the ‘modern’ Indian woman. This Indian woman would be modern, wedded to her husband and the nation, thus exercising reproductive restraint. Prudent, a good mother, and god-fearing she would, above all, be unlike the materialist western woman.

While population growth became evident only after the census of 1931, proponents of population control raised concerns about it decades before that. Colonial authorities of course used this argument to explain away the terrible famines of the nineteenth century. Upper caste, middle class men established the Hindu Malthusian League in Madras in 1882. As early as 1916, P.K. Wattal, a Kashmiri brahmin had brought out his influential book The Population Problem in India: A Census Study. The concerns at this time were clearly with eugenics: the racial stock was said to be in decline due to the unrestrained reproduction of the poor and unfit. According to the economist Radhakamal Mukherjee, writing in 1936, ‘India’s most basic problem was overpopulation’ (p. 30, emphasis in text). N.S. Phadke, a Maharashtrian brahmin, argued that eugenics was indigenous to India and not a western idea, since the Aryans in the Upanishads had spoken of racial purity and strength. He wrote that the use of contraceptives would ensure healthy males for the development and modernization of a new nation coming into being. Both Wattal and Mukherjee raised fears about the high fertility of tribals, lower castes and Muslims.

What the author does not mention is that ‘Saffron Demography’1 in fact has a longer history. As early as 1909 U.N. Mukherji, in the wake of the partition of Bengal, and colonial initiatives towards communal representation under the Minto Morley reforms, had written a book entitled Hindus: A Dying Race, which went on to influence many tracts and publications by the Hindu Mahasabha, the parent organization of the RSS. This book seemed to meet a widespread demand, going into many reprints, feeding into Hindu communalism, and also helping create it. It had a special appeal to Hindu communalists at this time, anxious to create a monolithic Hindu community, in the face of demands for separate representation emanating from both Muslims and the lower-castes. Whipping up anxiety about Muslims would be one way to weld together hugely diverse, and often antagonistic, castes into one community, erasing the structural divisions in caste society.

These early population control ‘wallahs’ had the support of the messiah of medicalized birth control, Margaret Sanger, and of Marie Stopes. Both were involved in a fierce struggle to wrest control of the international population control movement coming into being, with the support of eugenists, and sought converts to their cause around the world. Sanger hid her racist eugenic concerns when it came to India, pitching instead for the health of women and their well-being that contraceptives would usher in. As Ahluwalia notes, ‘competition between the advocates (i.e., Sanger and Stopes), and market concerns, drove them to make claims that were simply not borne out’ (p. 66). The history of misuse of contraceptives, of making wild claims for their safety, ignoring their harmful effects, then, has a long heritage too.

Something striking that the author notes is that while Sanger and Stopes tried to influence the medical profession and the political elites—and the former captivated the AIWC that she was asked to address in 1935—they made no efforts at all to reach out to either Periyar or Ambedkar, fierce proponents of both modernism and of birth control, although not for eugenic or neo-Malthusian reasons. Both Periyar and Ambedkar called for birth control to liberate women from the tyranny of caste, the family and patriarchy, which obviously was too radical for Sanger. As the author notes, ‘Even while these Western advocates (of population control) espoused somewhat radical ideas about gender politics, their class affiliations and political programme were clearly middle class. Ambedkar’s social base and his radical programme of social transformation made him an unsuitable ally’ (p. 63).

Sanger tried very hard indeed to win over Gandhi, but was rebuffed. Gandhi argued instead that if ‘it is contended that birth control is necessary for the nation because of over-population, I dispute the proposition. It has never been proved. In my opinion, by a proper land system, better agriculture and a supplementary industry, this country is capable of supporting twice as many people as there are today’ (p. 79). Gandhi was also opposed to birth control for other reasons. He believed that sex represented sinful indulgence, a lowly animal instinct meant merely for procreation. Ahluwalia observes, ‘Gandhi stripped women of sexual desires and reaffirmed motherhood as the natural vocation for women’ (p. 78).

Middle class women entering nationalist politics, in the space created for them by Gandhi, were deeply troubled and divided. While they fiercely supported Gandhi’s nationalist agenda, they felt strongly about birth control too—for reasons of health of women and children, among others. Thus Begum Hamid Ali called for finding ‘a safe and really cheap type of contraceptive which may be popularised or given free at clinics established for the purpose’ (p. 96). Kamala Devi Chattopadhyay called for birth control because ‘All imperialistic minded rulers encourage large families…. The other reason is because women freed from the penalty of undesired motherhood will deal a death blow to man’s vested interest in her. He can no more chain and enslave her’ (p. 105). Lakshmi Bai Rajwade, who was to become a forceful advocate of state-provided family planning in the national sub-committee on health, argued that ‘child and maternal mortality are directly related to frequent child birth’.

Nevertheless, all these upper-caste women were careful to state that they did not intend contraceptives to rock the familial boat. As men did, they too reified the sacred duties of motherhood, even as they sought that this should be performed in a more rational, prudent manner. Although to its credit, the Indian women’s movement was utterly untouched by communal concerns, they were nevertheless united by dysgenic fears that the poor were breeding too much in relation to the middle classes.

The medical profession exhibited similar thinking, although some had decidedly curious arguments. One Dr. H.K. Chaudhary called for propagation of contraception as it would help ‘certain nervous women who as a result of a very bad time at previous child birth, are afraid of conjugal advances of their husbands and go so far as to refuse all coitus. They are not only the source of discomfort and distress to the husband but also tend to social instability, divorce and fostering prostitution and sex evils’ (p. 148). Wives, sexless themselves, were thus responsible for keeping men satiated, and safe from venereal disease.

Ahluwalia’s extraordinary work is based on solid, enviable, scholarship. She mines a rich array of sources in building her case: archives, private correspondence, medical journals, censuses, government reports, supplemented by some ethnographic work in villages of Uttaranchal. There is also an impressive mining of secondary sources from a range of disciplines. Having hugely enjoyed reading the book, I have two caveats. I disagree with the author’s characterization of Gandhi as an anti-modernist. He was, I suppose, a critical modernist, welcoming some ideas fundamental to modernism, firmly rejecting others associated with it. He was critical though of the technological hubris of capitalist consumerism. The book is tiresome at times, over-burdened with postcolonialism. I read somewhere that postcolonialism arrived on First World academic agendas when substantial numbers of guilty, vaguely-Left, academics moved to greener pastures in the West. Postcolonialism reeks of neo-Orientalism, a conservative political project. Is postcolonialism, then, neo-imperialism?

This important book should be read by demographers, public health scholars, gender studies scholars, and women’s rights activists. It helps us make some sense of a messy bewildering world.