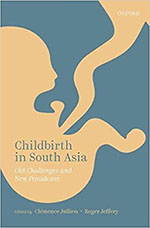 Motherhood has always been deified. As a woman’s ability to bring new life into this world is glorified, her existence is reduced to her maternal and reproductive functions. Despite that, maternal mortality (MM) continues to be a cause of concern. Historically, reproduction has been a strategic site for reform having featured in social and political agendas in varied ways. Between the 1920s and the 1950s, these reforms were foregrounded in the idea of eugenics. In South Asia, apart from eugenic concerns, reproductive health was closely associated with the population question making the body of a woman an important site for control and discipline at the hands of the state.

In an ever-changing globalized world, socioeconomic and political developments constantly raise new challenges that necessitate a re-examination of old concepts and theoretical paradigms. For instance, in Nepal despite a decade long civil war, the Maternal Mortality Rate (MMR) dropped significantly while India continues to account for 15-20% of the global maternal deaths. Pakistan, on the other hand, has consistently scored poorly in reducing MMR, Infant Mortality Rate (IMR) and neo-natal mortality rates. The figures contradict the ambitious international and national programmatic interventions put in place to arrest MM rates. This paradox has been brought out in concrete terms in the book under review.

Alongside the introduction, the volume comprises 12 essays by anthropologists, historians, sociologists, demographers and public health specialists who have analysed and collected primary data to provide a bird’s-eye view of the challenges and paradoxes that persist despite the initiatives taken in South Asian countries to reduce MMR.