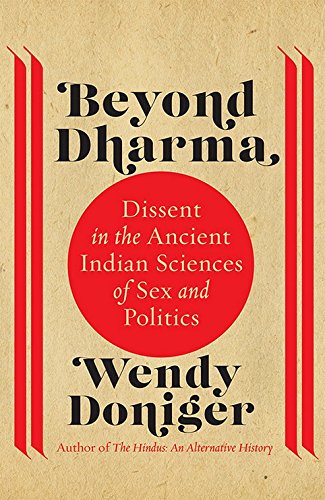 We need to think carefully about Hinduism today. On the one hand, we have the Hindutvavadis who fabricate a whimsical, fantastic, malignant history of Hinduism. On the other, we have the secularists (Left, modernist, developmentalist) who evade an engagement with the history of Hinduism as a difficult embarrassment best forgotten. What is the truth? Take for example swa-dharma in the Manu Dharmashastra, the dharma applicable to one’s social position. How do we read the strictures this section imposed on social relations, commensality and intercourse? (e.g., ‘If a man of low birth hurls cruel words at a Brahmin, his tongue should be cut out’, p. 64). The opposing positions in our current debate are, a) these traditions should be respected without argument, even if not followed; b) these are inhuman coercive orders imposed in the past by a caste system whose toxic structure flourishes today. Are these the only options?

Let us try another tack: How would the idea of this crime cross the lawmaker’s mind? It is possible to read this as a punishment for unrecorded practices, which existed and perhaps flourished. Such a reading would permit us to imagine an ancient society that had transgressive practices of food, drink, social and sexual intercourse that were dangerous to the power hierarchy and which therefore codified deterrent penalties. We could imagine Hinduism as not Brahmanically textual, but as (the modern name of) an ancient set of institutions, theories and practices acting on one other, i.e., having an ‘internal’ history, and in struggle for dominance against emerging religions like Buddhism and Jainism.

Wendy Doniger in Beyond Dharma offers non-specialist readers a perspective and methods to approach the question: how did the triune of dharma (ethics/law), artha (politics/wealth) and kama (erotics), interact with each other and relate to moksha (release), a distant fourth goal? To this end she examines how the Arthashastra (science of politics) and the Kamasutra (science of erotics) pay evident obeisance to the Dharmashastra—dialogue with, assent to and dissent from it.