Of Cultural Nostalgia of the Exiled 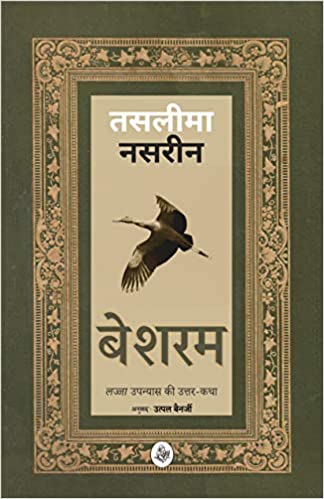 When the characters the author weaves in Lajja take a shape of their own in the sequel, readers are taken into a journey beyond the political realm of Lajja to the social and emotional realms. Besharam takes the story of Lajja forward in a way where the author delves into the inner turmoil and emotional complexes of the characters of Lajja. The political premise takes a personal turn when the main character knocks at the door of the author and it sets the ball rolling for unveiling of the inner lives and emotional complexes of the characters who were victims of communal violence in Bangladesh and are living in exile in a foreign land, India. If Lajja narrated the trauma of communal violence inflicted on Hindu minorities living in Bangladesh, Besharam is a peek into the emotional trauma and miserable consequences of a socio-political event. Suranjan, Kiranmoyee, Maya, Zulekha Sobhaan and the author have a shared trauma and the plot of the novel tries to delve beyond this to find the voices of these characters.

Taslima Nasrin attempts to peel off the masks of these fictional characters and see how they managed to build their lives post the traumatic events of Lajja; however the emphasis is more on their internal conflicts and deep-seated vulnerabilities as human beings. The story is a portrayal of people in exile with their own pasts and insecurities trying to navigate their way in a society where the notion of shame is well entrenched. The story subtly grapples with the idea of shamelessness at an individual level and what happens when the author peels the layers of shamelessness, only to lay bare the palpable humane core of individual existence. Suranjan’s hovering presence in Besharam is more than a reminder of his primacy as the protagonist of Lajja; his unveiling as an individual is a careful exercise of meta fiction where the character’s story unravels the prequel. The author’s inquiry into the life of Suranjan Datta and his family post the events of Lajja constantly reminds the reader of the nature of fiction and its relationship with reality. The changes which the author sees in Suranjan vis-á-vis the Suranjan of Lajja is an attempt to unmask the nature of fictional reality and probe the events of the text in its entirety. The unmasking of the lives of the character, nature of fiction and the intricacies of collective memory builds a narrative which derives strength from the meaning every character attaches to their experiences.