Of a Dystopian Noir World* 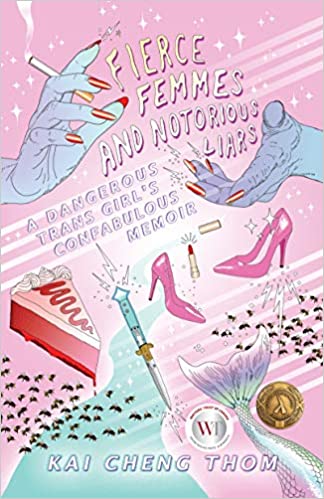 Gender-based violence has taken many forms. One of the worst depredations has been reserved for the transgender community. Awareness about varying gender identities have increased, but mistreatment has not necessarily reduced. Fierce Femmes and Notorious Liars by Kai Cheng Thom is a bold and raw novel that brings the tragedy of marginalization of the transgender community, particularly of trans women, to light.

The protagonist of Fierce Femmes, who remains unnamed throughout the book, is born a boy to Asian immigrants in the imaginary city called Gloom. She discovers her trans identity early in life, and dreams of living as a woman. Facing both poverty and ridicule, she flees Gloom in her late teens for another imaginary place, the City of Smoke and Lights, just called City. Here she starts living with other members of the trans community in an area called the Street of Miracles.

Life is far from safe here. The novel paints vivid portraits of the kind of violence brought to bear upon trans women. Faced with ridicule, the threat as well as the reality of sexual violence, homelessness and unemployment, every day is a struggle for survival. The protagonist carries a pocket knife with her at all times, treating the object and its symbolism of defensive violence as her best chance to stay alive. In the meantime, everyday bonds of friendship and love also blossom and die out in this dark world, drawing out a necessary human normalcy.

A fatal attack on one of trans women leads to the formation of a vigilante group of transgenders, who unleash retaliatory violence, and are predictably hunted down by men and police in the City, leading to the murder of a member of the police force. This forces the protagonist to think deeper about using violence, and leads her to confront her own rage. She also analyses her own community, the various roles her friends play, who is aggressive and who is passive aggressive, who is right and who is wrong.