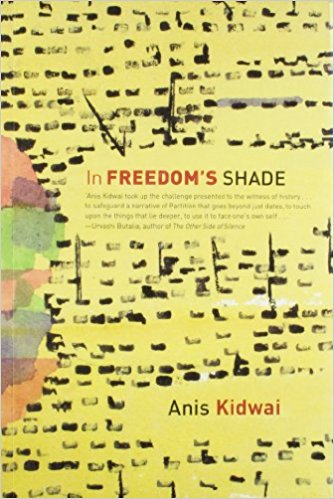 Anis Kidwai belonged to the illustrious Kidwai family of Barabanki family that has made more than a signal contribution to the making of India, not only in politics and governance but in diverse fields of creative endeavour. This short piece, though, is not about her or about her family but a most remarkable record of the unfolding tragedy in the capital of India and in its surroundings in the aftermath of Independence and partition.

Anis Kidwai, though extremely politically aware with sharp and clear views on what she saw happening, was not a political activist and would have probably continued to lead a well settled, almost sedentary life in Mussoorie, had the unthinkable not happened. Her husband, Shafi Ahmad Kidwai, the administrator of the Municipality, who had almost single- handedly tried to keep peace in Mussoorie when everyone else had either given up or joined the rioters, was murdered.