Of Beginnings And Endings 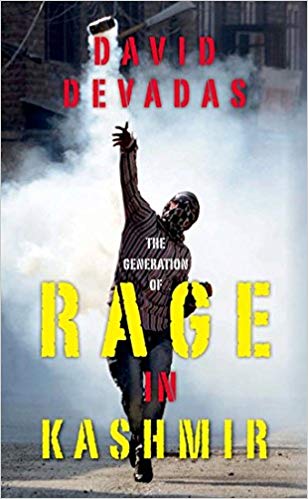 Since 2008 two developments are unfolding side by side in Kashmir. While on the one had we have witnessed recurring popular uprising, and on the other, militancy is on an upward trajectory. Periodic popular uprisings are bringing more and more youth on the streets with some ending up joining the militant ranks and bulk as their sympathizers. 2016 saw the apex of the rage when, in the wake of the killing of the young militant commander Burhan Wani, Kashmir shut down for nearly five months, during which more than 90 protestors, mostly teen age boys, were killed and thousands injured by pellet guns besides hundreds losing their eye-sight for ever. This uprising has again forced the people to take a serious look into the nature and causes of Kashmir conflict.

The Generation of Rage in Kashmir by David Devadas, taking 2007 as a landmark year, argues that this was the year of many ‘endings and beginnings’ to which the Indian state turned a blind eye thereby letting the situation slip out of hand.

Making a comparative analysis of the generation born in the early 1990s and the one born at the turn of the millennium, David tries to look for the reasons for this rage in the new generations. As per the author this analysis is based on the interviews/interactions with more than 7,000 youth (p. 59), though we are told nothing about the methodology for selecting the respondents, categorization of respondents and so on. Given the journalistic nature of the book one can understand the lack of methodological rigour. What is important is the message of the book. The author argues that the generation that was born in the early 1990s had a traumatic childhood. They had grown up in conflict and their childhood surrounded by guns, military, crackdowns, blasts, killings, arrests, tortures and other forms of human rights violations. By the turn of the century when this generation got into teen age, militancy was on the decline (and later completely ended (p. 127). ‘By 2007, even militants who remained active had realized that they were fighting a losing battle…. Others quietly surrendered. Hardly any new one had joined since the beginning of decade…..far fewer Kashmiris than before were willing to shelter militants……couple of years leading to 2007, more and more Kashmiris who spotted militants in their villages or forests reported them to the police or armed forces’ (p. 2). Although he provides no concrete evidence for his arguments, the author leaves no stone unturned to convince his readers that by 2007 militancy had completely ended in Kashmir and Kashmiris were completely fed up with militancy. At the same time this generation was fearless, having grown in conflict and repulsed by the excessive presence of army and other paramilitary forces. The description that the author provides of this generation presents an interesting contradiction. This generation, according to David, wanted peace, economic prosperity, jobs, dreaming of modelling, acting or singing, with some willing to consider themselves as Indian (p. 4) and had ‘forgotten azadi’. At the same time this generation unlike their elders would not cower in front of forces. They would answer back, question authority (p. 5) and hated the ‘outsiders’ (meaning armed forces).