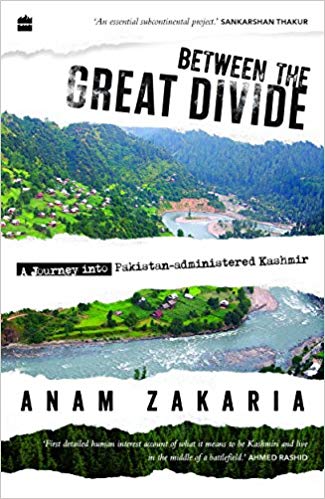 Anam Zakaria’s book brings together ten essays in three parts: Conflict, State Policies and Beyond the Cease-fire. The work is an ethnography of a significant part of Jammu and Kashmir now administered by Pakistan and mostly known as ‘Azad Kashmir’ by the masses and called PoK (Pakistan occupied Kashmir) by the Indian side. Today Jammu and Kashmir’s 65 per cent of the territory is with India and the remainder with Pakistan. The central argument of the work as clearly explained by the author is to bring out how the people of Pakistan Administered Kashmir perceive the ongoing conflict—the Kashmir dispute. This paperback volume features some interesting and historically significant events in a dense sociological framework written with a thick description and from a wide range of fields, including conflict analysis, gender perspective, history, political science, anthropology and sociology.The author describes the people’s perspective, an unsung aspect of the Kashmir ‘conflict’, which is obviously less known globally whereas things get highlighted more from the Indian side of Kashmir owing to the armed insurgency, routine violence and bloodshed, active militant organizations and the massive presence of the Indian army in the region.

The author seeks to establish a new conflict paradigm.Whereas a great deal of literature today exists on the Kashmir conflict and the turmoil going on especially since 1989, it remains a fact that the focus continues to be more on the Indian side and the issues and challenges of instability, abnormalcy, state sponsored violence and people’s woes mostly remain untouched on the other (Pakistani) side. Also, there are ample discourses that continue to generate debates on the situation right from 1947 till date with dozens of books written on the contemporary Kashmir conundrum in which the PoK either finds no or little mention. Zakaria tries to bring out the Pakistan administered Kashmir’s socio-political perspective. Her ethnography perilous as it is not a cake walk to conduct field work in such disturbed zones. She explores Muzafarrabad and the villages at the LoC (Line of Control that remains the de facto border between the two countries now) in the Neelam Valley besides Kotli, Mirpur and other vulnerable areas from 2014-16. She describes her own awkward position being an etic (outsider) and narrates how she built rapport to gain a deeper insight while travelling in some parts of the field where the cease-fire violations were going on.

Zakaria very succinctly analyses the so called Azad Kashmir’s label of freedom and succeeds in highlighting the actual unfreedom persisting, silent misery, muzzled voices, routine violence, deepening socio-political crisis, perpetual artillery exchange between the two hostile neighbours who keep destroying one or the other border areas of Kashmir either on the Indian or Pakistani side. She also talks about the whole sociology and mockery of ceasefire and how every ceasefire (though brief and uncertain) brings respite to the shell shocked and uncertain lives near the border who face it every day and live with fear and chaos. As per the author, thousands of people living near the LoC have so far lost lives or are displaced and how their education and other activities get badly disrupted due to routine cross border escalations and massive artillery exchange.