Of Bards and Bad Press 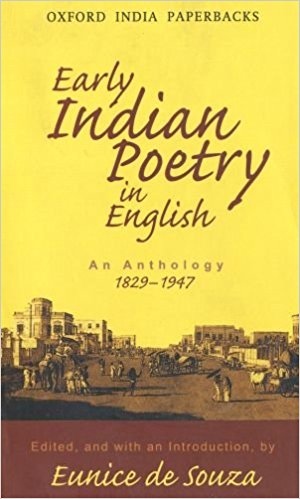 Eunice de Souza concludes her remarks in the introduction to Early Indian Poetry in English with a telling comment taken from a letter written by the Canadian novelist, Shauna Singh Baldwin. In the letter, the writer recounts being given, as a punishment for some misdemeanour, a long poem by Michael Madhusudan Dutt on Alexander to memorize and recite. This incident, the footnote adds, helped to develop in her a life-long interest in Alexander. De Souza dryly remarks that she hopes that ‘at least some of the poems in this anthology will not meet this fate!’ ‘This fate’ that has been the lot of nineteenth-century writers of English poetry in India for a very long time now is even more of a bottomless pit of ignorance and indifference than Eunice de Souza imagines, for Michael Madhusudan Dutt, in fact, never wrote a poem on Alexander. How Ms Baldwin managed to retain a life-long interest in Alexander from a poem titled ‘King Porus’, that glorified, in opposition to the colonizing emperor, the Indian patriot, Porus, will remain something of a mystery for us no less than for her. Putting aside whatever it tells us of Ms Baldwin’s retentive powers, this incident remains emblematic of the ‘bad press’, as Eunice de Souza puts it, that nineteenth-century poetry has long received.