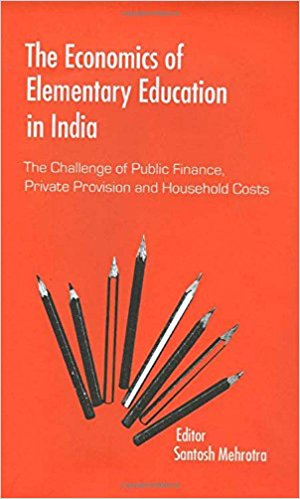 The edited volume is based on the data generated through Cost and Finance Study commissioned by UNICEF Delhi. Unlike a range of other surveys since the PROBE report of 1999, the value of this study is that it covered both provision of schooling (government and private) and financing by the government as well as households. The introduction by Santosh Mehrotra gives a cursory overview of the main findings as well as the key issues debated in recent literature on elementary education. Among the important issues flagged in that while enrolment rates went up through the 1990s appointment of teachers did not keep pace (leading to overcrowding of school and classrooms especially in the northern states); growth of private schools and rural/urban as well as caste specific differences in access to private schools; government expenditure on elementary education; household expenditure and so on. The overview looks at teacher shortages in conjunction with evidence of teacher absenteeism. The introduction also delves on the fiscal crisis in many states and how that has affected allocation of resources by state governments.